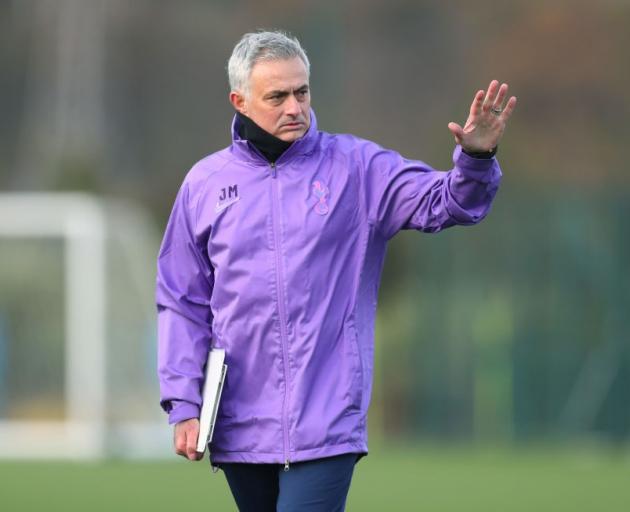 One of his main priorities was putting smiles back on supporters' faces.

Spurs, who have slipped to 14th place in the Premier League after a poor start to the season, sacked Mauricio Pochettino on yesterday, before entrusting Mourinho with the task of reviving their fortunes.

"What can I promise? Passion - for my job, but also passion for my club... I couldn't be happier and if I was not as happy as I am, I wouldn't be here," Mourinho said in his first interview to the club's website.

"At the end of the season we'll see where we are but I know we're going to be in a different position to where we are now... I look forward to the challenge, to the responsibility to bring happiness to everyone that loves the club."

The former Porto, Chelsea, Inter Milan, Real Madrid and Manchester United boss said he was pleased with Tottenham's players after his first training session on Wednesday.

Mourinho has inherited a squad that finished in the Premier League's top four in four consecutive seasons and were runners-up to Liverpool in last season's Champions League final.

"The problem is that sometimes you get into clubs where the work that is below you is not good enough to produce these players so I look to our history. The academy is always giving the talents that the first team need."

Mourinho's side travel to 16th-placed West Ham United in the league this weekend.