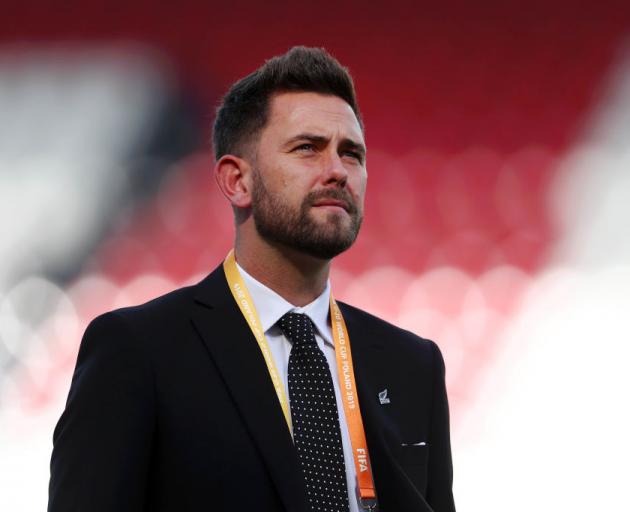 Des Buckingham. Photo: Getty Images
New Zealand Football is standing by its decision to remove Des Buckingham as coach of their under-23 men's side.

Having qualified the team for the Tokyo Olympics, Buckingham now won't take the reins at next year's rescheduled event because his contract expires this August.

All Whites coach Danny Hay will coach the side instead.

When he was appointed last year, Hay was always going to take over responsibility for the under-23 side on September 1 in what has traditionally been a shared role. However, the Covid-19 enforced postponement of the Olympics means Buckingham and his coaching staff now won't get to finish the job they started.

A New Zealand Football statement on Thursday said, "The consolidation of roles allows for the 2021 Olympics to become an integral part of the All Whites' qualification campaign for the 2022 FIFA World Cup."

The decision though has been met with a mixed response, with many feeling Buckingham has been hard done by.

"But we have to put the organisation, the team and the players first and make sure they get the best outcome.

"The 23's and the All Whites are going to have a significant amount of overlapping players, so when people put it in that strategic context, they'll understand that."

Pragnell said New Zealand Football had been in constant contact with Buckingham since the postponement of the Olympics on March 24.

"He's been incredibly professional throughout. It's impossible not to be disappointed and no-one is kidding themselves that you wouldn't be.

"Once the Olympics were postponed, we had to get the lie of the land and understand if there was going to be any other international activity through until the end of Des's contract and it became apparent there wasn't.

"We're gutted for Des but it also presents a pretty opportune piece of strategic alignment. If the Olympics goes ahead, it'll be the first time an Olympic campaign can be embedded in an All Whites World Cup campaign," said Pragnell.

Pragnell's view that the senior and under-23 sides will share several players stands up to scrutiny with Hay a renowned advocate of youth. The first squad he selected as All Whites coach last November included nine under-23 players.

While excited about aligning the under-23 and All Whites campaigns and the benefit that could have for 2022 World Cup qualification, Hay was sympathetic to Buckingham's position.

"If I put myself in Des's shoes as a coach I'd obviously be bitterly disappointed," Hay said.

"There's a lot of empathy towards what he's gone through."

Buckingham declined to comment when contacted by the New Zealand Herald.