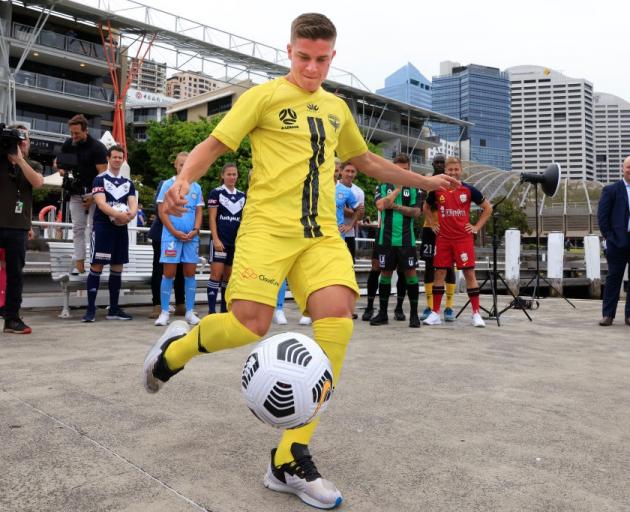 The Wellington Phoenix's Cameron Devlin kicks a ball at the A League's season launch at Darling Harbour in Sydney. Photo: Getty Images
The Wellington Phoenix won't now kick off their A-League football season until the New Year with their opening match in Brisbane postponed amid the latest coronavirus outbreak in Sydney.

The Phoenix were due to play the Brisbane Roar on 29 December but the Queensland government is now requiring all those arriving from affected New South Wales regions to quarantine for two weeks upon their arrival in the state.

The Phoenix are based south of Sydney in Wollongong, which is in one of the affected regions.

It means the side's opening game will now be against Sydney FC on 2 January at their adopted home of WIN stadium in Wollongong.

The A-League has decided that all games will remain inter-state during January meaning the Phoenix will now only have three matches rather than their scheduled seven with New South Wales teams only playing against each other.

The league is yet to decide whether they will re-schedule the postponed games within the current season window or extend the season.

"The current thinking is that we will re-schedule those matches until later on in the season but depending on how long this Covid-cluster in the northern beaches [of Sydney] extends for then it may not be possible to play games with non-New South Wales teams... in February either... then you may have to start extending the league out at the other end but no-one knows that at this stage," Phoenix general manager David Dome said.

Dome said "there is a silver lining" in that players who joined the squad late at their Wollongong base will have more time to get up to speed fitness wise.

"It also means for the first time in several years that the players and staff will get Christmas day off which is a nice change because we are usually travelling or training on Christmas Day."

Dome said all the club had been in agreement with the change of schedule.

He also remains hopeful that Phoenix may yet still get to play some games in Wellington late in the season with a trans-Tasman bubble opening up.

"We have identified games at the end of April that we could play here in New Zealand - that's still quite some time away. We are still planning on that happening but again it depends on how long this Covid cluster lasts." 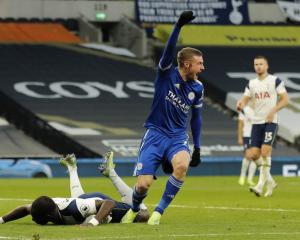