The Australian players react after winning the penalty shootout against Peru in Doha yesterday to qualify for the Fifa World Cup starting in November. PHOTO: GETTY IMAGES
Australia’s dancing substitute goalkeeper, Andrew Redmayne, saved the last penalty to clinch a place at this year’s World Cup in Qatar as the Socceroos edged Peru 5-4 in a shootout following a 0-0 draw after extra time in an intercontinental playoff yesterday.

Redmayne danced across the goal-line before diving to the right to stop a penalty from Alex Valera and hand Australia a deserved victory at the Ahmad bin Ali Stadium.

Redmayne had been brought on three minutes from the end of the game for the shootout and became an instant hero with his antics on the line as he looked to distract the rival kickers.

He danced up and down, wiggling his hips and throwing his arms about in a throwback to the clowning antics of Liverpool’s Bruce Grobbelaar when his team won the European Cup in 1984.

It was enough for Luis Advincila to fire his effort against the post and then Valera to have his effort saved as Australia qualified for a fifth successive World Cup and a sixth in total.

It will play in group D with holder France, Denmark and Tunisia.

The finals run from November 21 until December 18.

"I am just so proud of the players," Australia coach Graham Arnold said.

"Really no-one knows what these boys have been through to get here — it was so hard, the whole campaign. 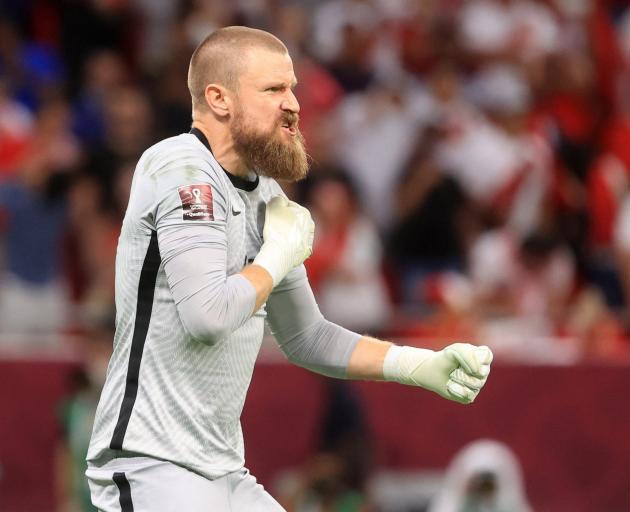 Socceroos goalkeeper Andrew Redmayne shows his delight after saving a penalty during the shootout. PHOTO: REUTERS
"The way they stuck at it, the way they committed themselves, brilliant."

Australia’s Martin Boyle had missed his team’s first penalty but the Socceroos converted the next five to silence the thousands of Peru fans who had travelled for the game and provided noisy support but saw their team conjure up few opportunities.

Instead, a workmanlike Australia dominated the early exchanges, winger Boyle twice cutting through the Peruvian defence to provide teasing crosses.

The second half followed a similar pattern to the first with limited efforts on goal until the 80th minute when Australia suddenly had three good opportunities to win the match.

Nine minutes into extra time Australia’s Mathew Ryan was finally tested by a stinging shot from Edison Flores that the goalkeeper saved.

Flores then headed against the post as the South Americans found an extra gear in the closing stages but they were still unable to settle the result after two hours of play, setting the stage for Redmayne to emerge as a hero.

Peru coach Ricardo Gareca said: "We had the expectation to make it. We were close but unfortunately it was not the case.

"We are flooded with pain. We gave our utmost. They emptied their tanks and we feel deceived we are out of the World Cup. We wanted to avoid the penalty shootout."

- The World Cup qualifier between the All Whites and Costa Rica to determine the 32nd and final team to play in the finals in Qatar kicked off at 6am today. 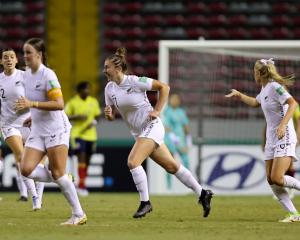 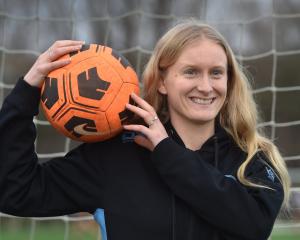 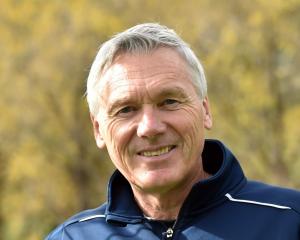