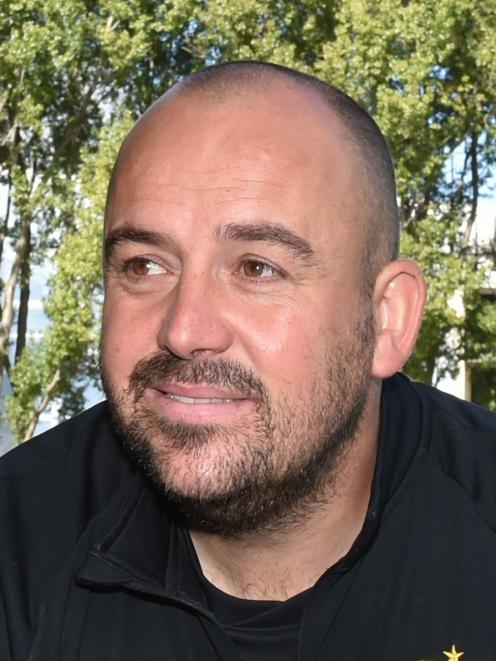 Paul O'Reilly
Paul O’Reilly is not buying into any talk of a revenge match.

It is certainly tempting to look at it that way, but the Southern United coach is keeping the focus on the game itself.

On that occasion Southern claimed a 4-0 win, which became a 3-0 loss when Tasman successfully protested Southern playing an ineligible substitute.

The protest has had a significant impact on the league.

Southern would be in third place on 12 points and one of only three teams with a positive goal difference.

Now it is on nine points, in the middle of a log-jam in which only four points separate third to 10th.

O’Reilly insisted today’s game was no different from any other.

"Lots of people have been asking that and talking to me about motivation and a revenge match," he said.

"To be honest, we’ll only get the same three points for beating Tasman as we would for anyone else, so it’s very much about just focusing on ourselves and putting in a good performance.

There was "no extra motivation or extra change in our plan because it’s Tasman United".

O’Reilly was pleased with where the side was at halfway through the season.

However, he knew picking up wins over the next few weeks would be important.

Today’s match was one that he was targeting three points from, coming off what he called a "below-par" performance in last week’s draw with the Wellington Phoenix Reserves.

Consistency has been the side’s main issue.

At times Southern has looked sublime and achieved some impressive results.

At others it has been equally poor.

That was something O’Reilly hoped to fix as the season continued.

"It’s very much just about continuing to work hard in training.

"I fully agree, we’ve been excellent and we’ve been awful, if I’m being totally honest, especially in possession.

"We are trying to change the approach this year. We’re trying to be more dominant with the ball, be more creative and dominate with possession as well as being hard to play against.

The side would be without midfielder Chris Wingate, who played the first half last week before his gluteal injury flared up again.

Santeri Kuivalainen is still a week away from returning, while Cody Brook’s presence was uncertain, although would only miss this week if he did not play.