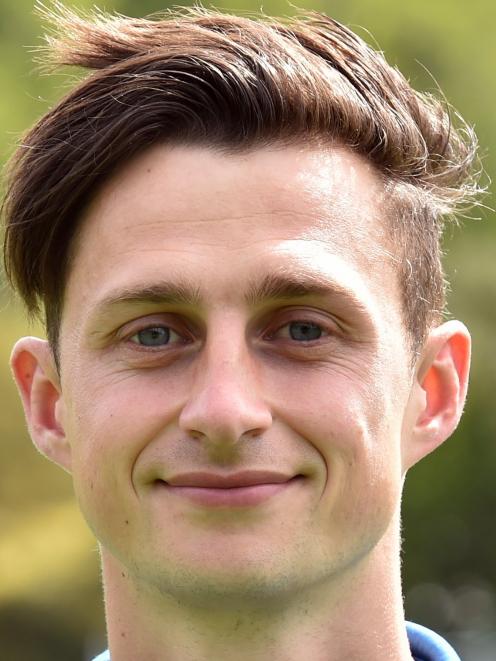 Joel Stevens
Southern United will be without one of its stars when it returns to action next week.

Joel Stevens is heading back to Sweden, where he had a stint in 2018.

The 24-year-old Dunedin-local scored six goals in eight national football premiership games for Southern and was electric in a lively front line.

He has enjoyed his time at home.

However, he has decided it is time to head back to Europe for another crack at the professional game.

"I want to break into the top [Swedish] league and keep challenging myself as much as possible as my end goal will be to break back into the All Whites team," he said on Southern’s website.

Stevens had indicated his intention to return to Sweden, where his partner is from, early on.

However, he had not been certain on the timing of that.

He had previously played for Husqvarna FF and has made appearances for both the All Whites and Wellington Phoenix.

But after a rough time in Sweden he had decided to come home and look to enjoy his football.

He had done that and he had plenty of praise for Southern United and the way it operated.

"It’s been amazing coming back. Yes, there has been some ups and downs, that comes with every team.

"But it’s been so nice for my family to watch me play and it means so much to me to come home and play for my local team because this is where I started off.

"I really wanted to see family and also saw the opportunity to learn from the team.

"The team has struggled to find consistency so far but there is potential there to progress into the top four and be a consistently competitive team.

"My girlfriend got to experience more of New Zealand which has been nice.

"I heard Paul [O’Reilly] was a great coach and we sat and chatted before I said yes to joining and it was a no-brainer, really, about coming back."