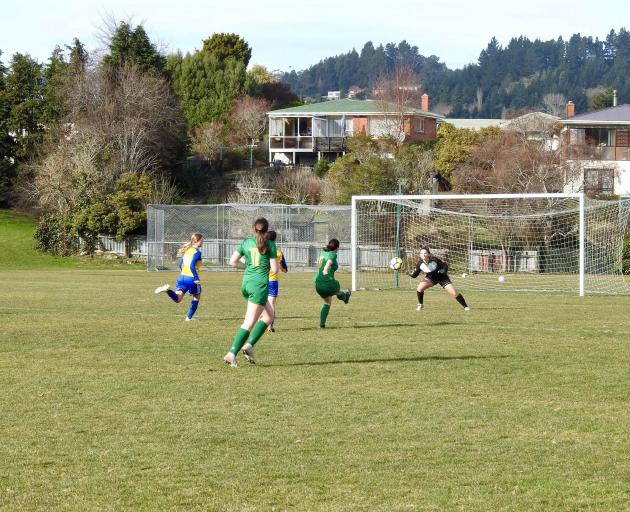 Photo: Olivia Marshall
The sun was shining yesterday for a great day of Dunedin-based fixtures. It was awesome to see a lot of home club supporters out and about cheering on their sides.

GI started off strong, with striker Steph Lee scoring the first goal early in the first half.

But Uni came back with some great passing, taking the three points with a 5-1 final score.

GI head coach Richard Kerr-Bell said that while the score wasn’t what the team had aimed for, they were able to put into practice what they have been working towards.

With 19 shots in the first half and improving speed on moving the ball forward, this was a positive result from training.

“University finished their chances and showed real class in their play with fantastic passing.” Kerr-Bell said.

“We are looking forward to building on our performance to play against Mosgiel in round-7, and continue to make incremental, meaningful improvements.”

“I thought GI initially had the stronger desire and sheer will to win, which they took to us and made for a tough ride in the first half.

“We had to dig deep and find our own will to win to stifle GI in the 2nd half and bring the result home.

"Nadege Salvador and Kate Watson in particular gave a good account of themselves in this respect with tough, feisty and aggressive performances.” 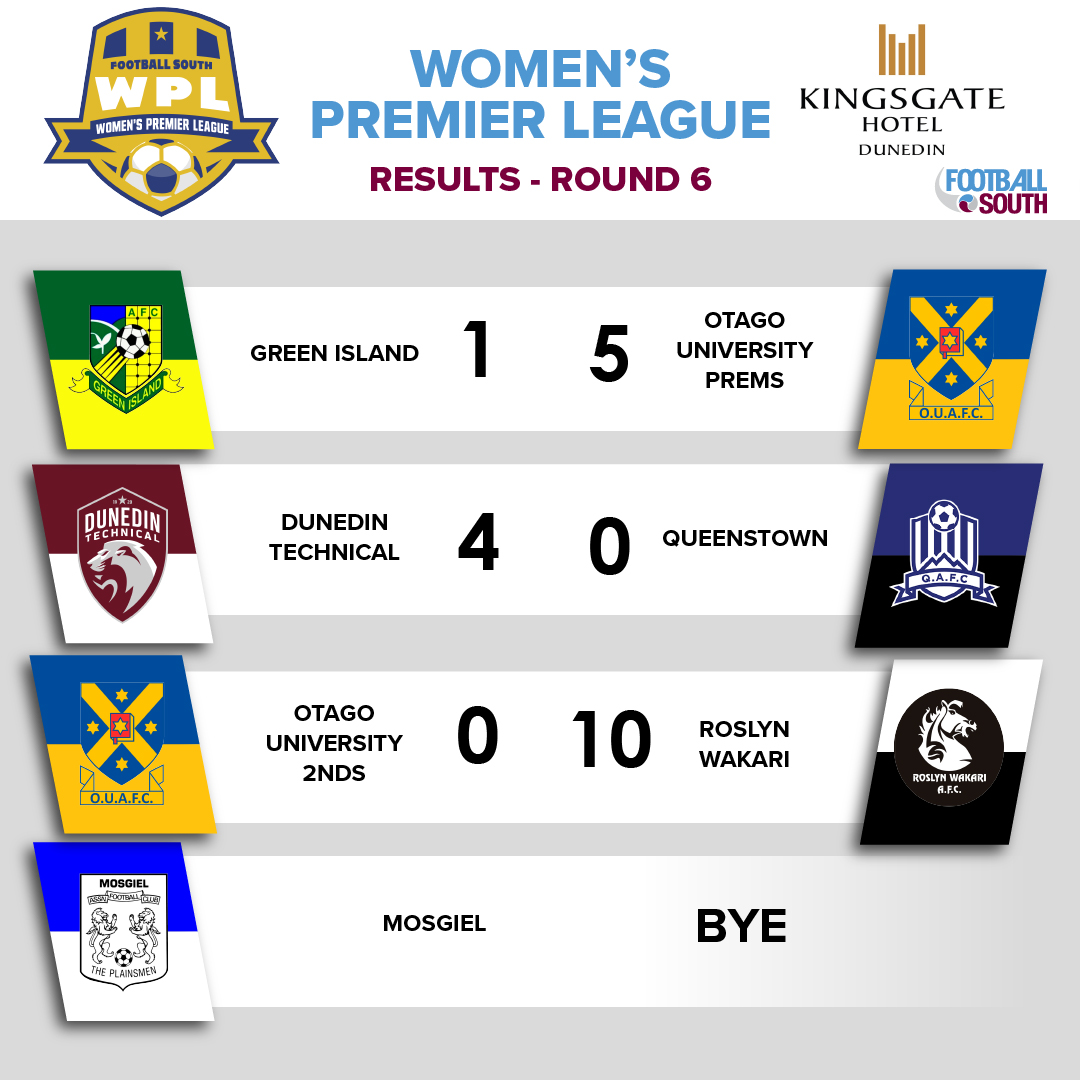 Top of the table Dunedin Technical AFC had a competitive game against Queenstown AFC, with a 4-0 win.

Tech had huge numbers behind the ball, and were up 1-0 at half time, thanks for a wonderful strike by Kate Guildford.

They came out much stronger in the second half, scoring another three goals to secure the three points from another win.

Goal scorers were Ruby Anderson with two, and Chelsea Whitaker.

Head coach Craig Johnston said Tech was “defensively perfect, with an outstanding game by the back four. We spread the ball confidently and evenly, and we are extremely happy with our solid performance.”

Tech is looking forward to playing against University next week for round 7 of fixtures, carrying on with an expansive style of football.

Roslyn hat-tricks scored by Sammy, Emma and Amelia, with a single goal from Jordan.

Roslyn head coach Hamish Philip was happy with how the game went, saying: “It was a really good performance from our whole team, and they played with great pride for 90 minutes.”

Well done to all women this week - it's a very tight season with noticeable talent and developing teamwork across the board.