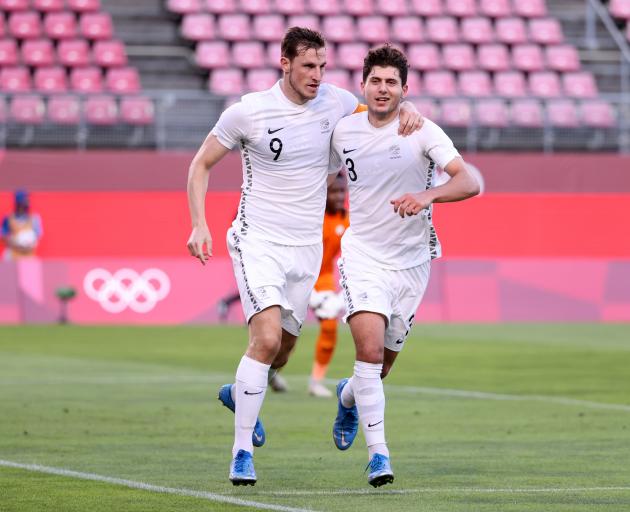 Chris Wood (left) and Liberato Cacace are among the European based All Whites that could miss out on World Cup qualification. Photo: Getty Images
All Whites striker Chris Wood has hit out at Fifa over the "ridiculous" schedule his side will have to overcome to qualify for the 2022 World Cup.

New Zealand's men could be forced to use a squad of almost entirely amateur players for at least the first two matches of the Oceania qualifying tournament in March, which will be staged outside an official Fifa window.

Key men like Wood, Sarpreet Singh, Ryan Thomas and many others would be unavailable for part of the tournament, as clubs don't have to release them.

And Wood, who recently scored his 50th goal in the Premier League, has slammed the schedule that could leave him facing a club-vs-country conundrum.

"It is very poor that Fifa have allowed internationals, especially World Cup qualifiers, to be outside the international window," Wood told Lancs Live.

"They have put us in a very sticky position. I don't think FIFA should have ever allowed us to be in this situation, they should be playing it during normal windows."
The international window, when clubs are mandated to release players, runs from March 21 to March 29.

The Oceania Football Confederation had applied to Fifa for an eight-day extension, but the Herald understands their request was blocked by the European clubs. Fifa has since granted a one-day extension, to take in the final.

"I would expect Fifa to look at more in depth and come up with a solution around it," Wood said. "They should not be allowing the competition to be extended outside the window because it could take away a lot of our team and a lot of our players, which in theory takes away from the competition and who is the best from OFC going to the World Cup.

"It is not a great format as we speak - hopefully they can change it because player welfare isn't right if you are making people play five games in 13 days."

OFC last week confirmed the format for the qualifying tournament, with three round-robin group games before a semifinal and final, to be spread across 15 days.

With preparation time it's a commitment of almost three weeks, with the first group match scheduled for March 16 and the final set for March 30.

Wood said that format would have been the preferred choice of the other teams in Oceania as it would harm the heavily favoured All Whites' chances.

"OFC have not been favourable to us," the Burnley striker said. "They have done what is best for them and of course all the teams are going to vote for this format because it limits and restricts us.

"We have a full team of professional players who have to stick by official Fifa rules and guidelines of international breaks.

"You are making players either miss club games or miss internationals that are key World Cup qualifiers. I think they have structured it extremely wrong and hopefully they are looking at changing it." 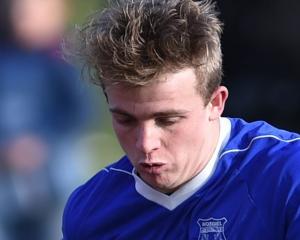