The Kiwi side of Vivian Lu (Royal Auckland and Grange), Fiona Xu (Titirangi), and Eunseo Choi (Takapuna) were looking to get their hands on a trophy that has not been on New Zealand shores since 1999.

The side fought valiantly in yesterday’s final round, and unfortunately, could not recreate the same amazing play from moving day.

Choi and Xu had the two-counting scores, shooting even-par and 1-over respectively, meaning New Zealand had a team score of 1-over, which meant it finished on 13-under. Japan shot 5-under as a team to finish on 20-under-par.

Choi led the Kiwis out of the gate and played solidly on her front nine, making eight pars and a birdie at the par 5 seventh.

The New Zealand debutant opened with a couple of pars on the 10th and 11th before making a two on the par 3 12th. Choi then bogeying three of her next four holes to fall to 1-over. However, she struck back at the 17th with another birdie and signed for a final round of even.

Lu had the non-counting score of 81 yesterday.

She was in contention for the individual honours after shooting 72 and a pair of 68s in rounds two and three to be at 8-under and share second. 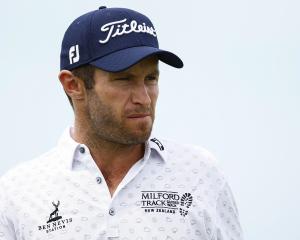