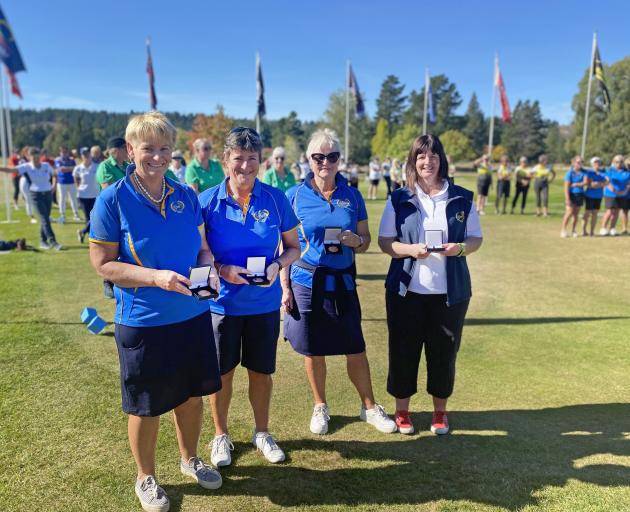 Greig was the best of the home golfers with stableford scores of 31, 33, 31 and 32 across four rounds.

Her tally of 127 was good enough for sixth overall in the individual standings.

That was just two points off second-placed North Harbour.

Otago actually tied for third with both Southland and Manawatu-Whanganui, so a countback was required.

Storer’s 27 points in the final round was originally a non-counting card but that was the one that got Otago the bronze medal.

Waikato won the Russell Grace Trophy for a fourth time as Jill Morgan, Robyn Pellow, Michelle Archer and Sian Stevenson led from the start and combined for a whopping 383 points.

Southland, which has won the tournament six times, missed out on team honours but had star player Robyn Boniface finish third in the individual event with 131 points.

The four-round format, scored by gross stableford points, pits the 14 districts against each other, where the best three scores per team per round count to the team totals.