Two Otago clubs will play key roles in finalising the field for the New Zealand Open.

Cromwell will again host the final qualifying round for the Open, the 102nd tournament to be played at Millbrook from March 31 to April 3.

Before that, the Otago Golf Club’s Balmacewen course will be one of four venues for regional qualifying, alongside Titirangi, Paraparaumu Beach and Christchurch.

The overall strength of the New Zealand Open field might be down thanks to border restrictions but there is an extra appeal for golfers in that the top three finishers will be invited to the 150th British Open at St Andrews.

"With the carrot of our New Zealand Open being a qualifying event for the 150th Open Championship at St Andrews, we are expecting a great deal of interest in our own qualifying this year,’’ Golf New Zealand spokesman Dave Mangan said.

"With at least four places in the New Zealand Open field available at final qualifying at Cromwell, one player from qualifying may dare to dream of going all the way to St Andrews.

‘‘If not, it will still be pretty cool to tee it up at the New Zealand Open with the Claret Jug sitting on the first tee." 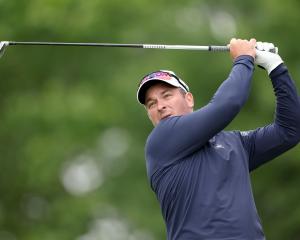