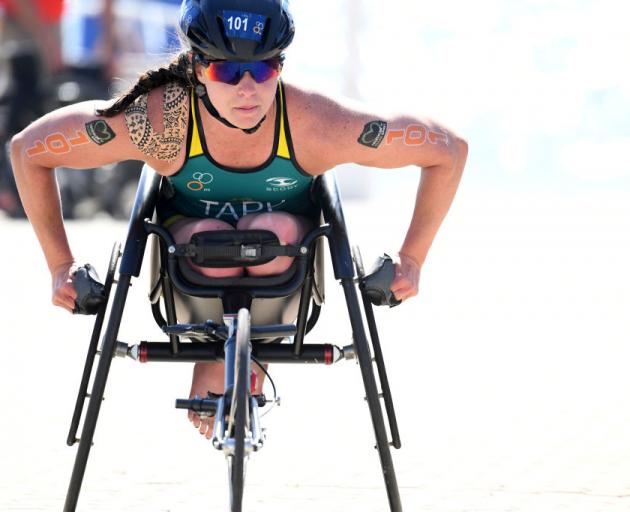 The High Court has found the event organisers knew there was a risk of catastrophic injury.

Ms Tapp, now 30, sued the Australian Bushmen's Campdraft and Rodeo Association for negligence after her horse fell on slippery ground during a NSW competition in 2011, leaving her a paraplegic.

The NSW Supreme Court dismissed her case in 2019, and the Court of Appeal upheld that decision the following year, finding the fall was an obvious risk during a dangerous sport like campdrafting, which involves horseriders working cattle.

Ms Tapp lodged an appeal in the High Court, which awarded the damages in a majority decision handed down on Wednesday.

In the years since the fall, Ms Tapp has become an elite athlete, winning silver in paratriathalon at the Commonwealth Games in 2018, and gold medals in two world championships.

She also competed at the Paralympics in Tokyo last year, but had to withdraw after crashing into a barrier.

In the High Court judgment, three of five justices found the campdraft organisers breached their duty of care and should have stopped the event when four competitors fell off their horses before Ms Tapp.

One experienced competitor repeatedly urged the organisers to stop the event because the ground was slippery, unsafe and dangerous, but instead they gave riders the option to withdraw from competition.

The court found the slippery ground substantially increased the risk of injury, and the potential for catastrophic injury was foreseeable.

It also found the risk was not obvious to Ms Tapp, who wasn't aware of the earlier falls, didn't have an opportunity to inspect the arena, and had earlier competed safely alongside her sister and father.

"Very shortly after the fourth fall there was a fifth fall. This time the fall had catastrophic consequences. The rider who fell from her horse was Ms Tapp," the majority judgment said.

In her evidence, Ms Tapp said: "The ground felt heavy and my horse struggled to get a proper stride. My horse could not get her next stride and she went down on her front ... she fell straight in a direct line and then we both slid onto the ground."

The dissenting pair, including Chief Justice Susan Kiefel, said Ms Tapp's appeal should be dismissed, in part because her case failed to prove the cause of the horse's fall.

"The risk of a horse slipping as a result of losing its footing during a manoeuvre performed at speed is part and parcel of competitive campdrafting on even the most benign of surfaces," the dissenting judgment said.

The association has been ordered to pay Ms Tapp's legal costs.