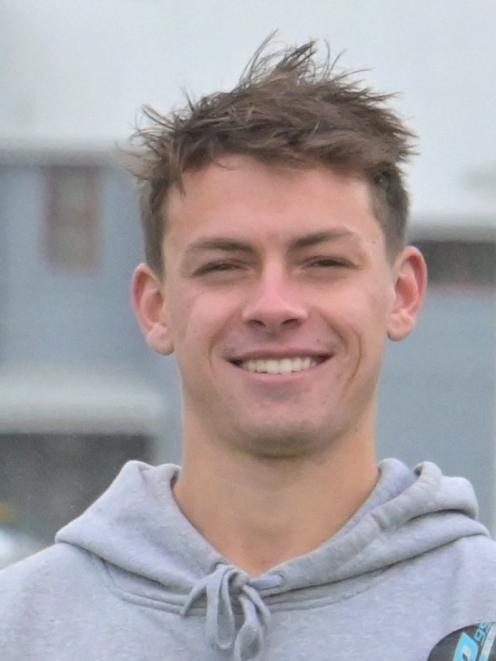 Callum Dempster
A scare in the final moments was not enough to stop the Albany Alligators beating the University Black Panthers 2-1 in their premier hockey match at McMillan Turf on Saturday.

All the possession and territory at the start was with the Alligators who received four penalty corners in the first 10 minutes and hit two shots into the post, although the score remained level.

Other than those close calls, the remainder of the first quarter was quiet and the score stayed 0-0.

The deadlock was broken with two minutes left in the first half when Trey Lincoln scored from a questionable spot on the edge of the goal area.

The Alligators led by a goal at halftime but, with all the territory and ball heavily in their favour, they would have liked to be leading by more.

The second half followed the same pattern in that it featured plenty of endeavour but no execution.

Albany doubled its lead through Sam Young in the third quarter but the period boasted no other highlights of note.

Albany held a two-goal advantage over the Panthers going into the fourth quarter and looked assured of a win.

There was some late drama as the students scored off a penalty corner through Henry Crump with minutes left on the clock and then very nearly levelled with a minute to go.

However, the Alligators held on to win 2-1.

On Friday night, Taieri defended the Challenge shield against Kings United thanks to the only goal from Jordan Ward.

The University Blue Whales were in action against Kings in the last game of the day which featured the return of Callum Dempster for the Blue Whales.

Dempster's return galvanised the students who won 4-1 through a double to Thomas Hatherly and goals for George Wood and Henry Will. Kings’ goal came from James Nation.

In the first women's game of the day, the University Huskies prevailed 3-2 over Kings United.

Isobella Ng, Georgia Hall and Silvie Irwin scored for the students and Maddie Peel and V Kreb for Kings.

Taieri Tigers won their game against Momona 3-2 in a slight upset 3-2.

The goal-scorers for Momana were Angelique Peyroux and Neve Mclean.

City had a comfortable win 8-0 over the University Stingrays.

The goal-scorers for City were Sarah Thomas, who bagged a hat-trick, the in-form Morgan Forrester who grabbed a double, and Ella Lloyd, Jordan Cunningham and Tegan Buchannan.