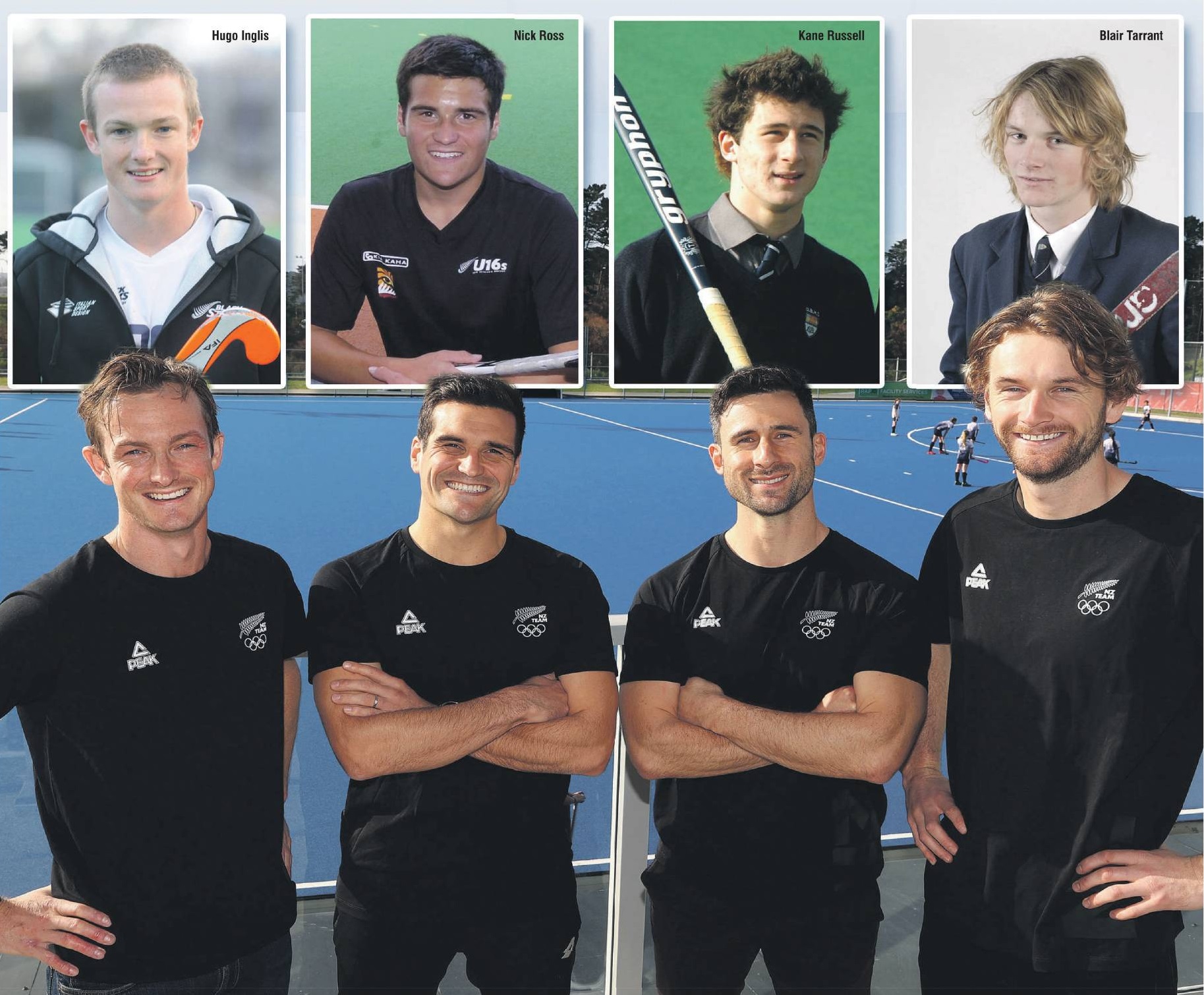 Hugo Inglis, Nick Ross, Kane Russell and Blair Tarrant in Auckland yesterday after being named in the Black Stick Olympics squad. Photo: Getty Images
It all started in Dunedin about 20 years ago.

Now it is coming to a crescendo in Tokyo in just under two months.

Nick Ross, Blair Tarrant, Kane Russell and Hugo Inglis played together in Otago age grade teams when they were growing up.

They are still playing together albeit at a much higher level. The highest level in fact.

The quartet would hop on a plane next month and head to Tokyo to play for the Black Sticks at the Olympics hockey tournament.

They are all key members of the national side.

Russell (29), has the all-important role of drag flicker at penalty corners while Ross (30) is a link between midfield and defence.

The four players are all now based in Auckland, where training for the national team occurs but still see themselves as proud Otago players.

Russell said the four of them were always keen to play for Otago when able.

‘‘We all started played together when we were 8 or 9 and since then we have come through together,’’ he said.

‘‘A couple of years ago the three of us [Russell, Tarrant and Inglis] all played for the same club, Rotterdam. That was pretty cool that three guys from Dunedin were over there after starting playing together.’’

Dave Ross, the father of Nick Ross, has been instrumental in the development of the four players and Russell said he had guided them all the way.