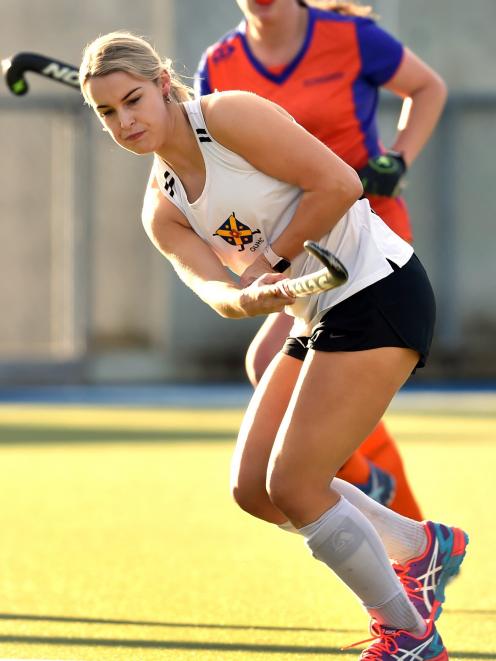 The University Whales shrugged off players being unavailable and got the better of the Albany Alligators to win 4-1.

Joshua Smith scored for Albany to help his team lock up the match 1-1 at halftime.

But a last dash from the Whales gave it the victory.

The Taieri Tuataras registered a dominant 10-2 win over the University Panthers.

The Taieri side was missing plenty of high school pupils but was still able to field a decent side.

Returning to help out was Sam Young along with Andrew Mitchell, Jeremy Smallridge and Ronan Aitcheson.

Finn Ward, who scored twice, and brother Jordan, who grabbed one, were to the fore while Matthew Deller also scored twice.

Zac Kershaw and George Wood scored for the Panthers.

Kings United had the bye.

Momona A had a dominant 6-2 win over Kings United as it kept up the pressure on the City Highlanders.

Kings was below strength and Taylor Duffy and Nicole Strawbridge took control of the middle third for Momona A and were too much to handle for a Kings side which resorted to playing players out of position in attempt to fill the gaps.

Zoe Thomas and Kaitlin Allan scored one each for Kings while Momona A commanded the scoring as Strawbridge, Sophie White, Liv Preston, Neve McLean and Claudia Peyroux (2) all put their names on the scorecard.

The City Highlanders recorded a 3-1 victory over the University Huskies.

The orange fury started off with a hiss and a roar putting it ahead 1-0 inside the first five minutes thanks to Olivia Allan.

The Huskies were unable to get out of their defensive third effectively as City threw wave after wave of attack straight back at the searching students.

Molly Leckie got one through on the far post to make it 2-0 at halftime.

The Highlanders again punished the Varsity errors at the back for Sarah Thomas and Tegan Buchanan to combine for a 3-0 lead.

Maia Shackelford got the Huskies on the board with a goal in the fourth quarter.

The match between the University Stingrays and Taieri Tigers will be played on Wednesday.

Tuataras too tough for Albany