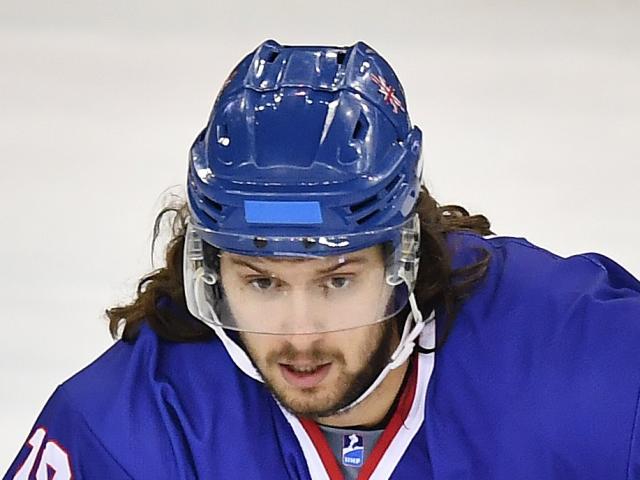 Liam Stewart
The Stampede has shown it can grind out the tight ones in thrilling fashion.

While the national ice hockey league front-runner has been dominant this year, it had to work for Saturday night's win.

After a scoreless first period of overtime, Liam Stewart sneaked one through to claim a 2-1 win for the Stampede.

That will be a boost to the Stampede heading into the playoffs, as it looks to regain its title after a dominant season.

However, the defending champion Admirals will also be encouraged by the performance.

Justin Daigle gave them a lead with a well-taken shot from range on the left, four minutes in.

The Stampede hit back in the first minute of the second period, Connor Harrison getting on the end of a nice pass from Stewart.

However, from there, neither side was able to break the deadlock until Stewart's overtime winner.

The Dunedin Thunder followed Friday's 5-2 loss to the Botany Swarm with a 5-4 win to end the season on a positive note.

Paris Heyd, Sam Audas and Parker Evans-Campbell all netted first period goals to give the Thunder a 3-1 lead.

It held that through a scoreless second period, before making the score 4-1 in the final period.

While the Swarm mounted a late comeback, the Thunder withstood it to claim the win.

Heading into the playoffs, the Stampede has an automatic pass to the finals series after finishing top.

The Swarm will play the Admirals in the semifinal between the second and third-placed teams.

The Thunder finished fourth and the Canterbury Red Devils came in last.