Stampede top of league on four from four 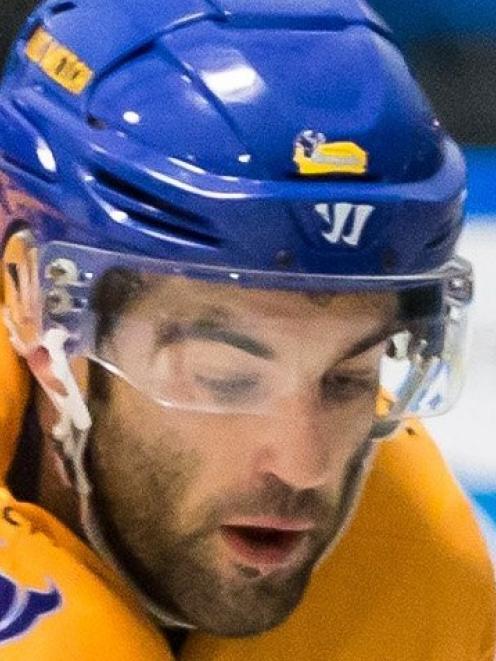 Colin McIntosh
The Stampede has surged to the top of the national league table after two resounding wins over the Canterbury Red Devils in Christchurch at the weekend.

The side had a first-up 5-1 win over the Red Devils on Saturday night and then went all out on attack in the second game, winning 8-0 in the late game on Sunday.

In the win on Saturday, the Queenstown-based side had 59 shots to the Devils' 19 and was always in control.

The win on Sunday was even more emphatic as the team hit 63 shots to the Devils' 23.

Colin McIntosh hit a hat-trick for the Stampede as it went to a perfect four wins from four games.

Meanwhile, Dunedin Thunder import Connor McCallum has had his suspension overturned and then reinstated.

McCallum was suspended for three games for spearing. The Dunedin Thunder management decided to appeal this suspension and it went to a tribunal. The decision was overruled and changed to a one-game suspension, which was served when he missed the game against the Stampede in Queenstown on May 31.

But an appeal was then lodged against the decision to reduce the suspension. As there was not enough time to hold another hearing before the side took to the ice again, McCallum was allowed to play in the next game against the Stampede on June 1.

Another tribunal was held on June 5 and that agreed McCallum's actions had been reckless, and decided to return the suspension to three games.

As he had already missed one game, McCallum will not play the two games against the Red Devils in Dunedin this weekend.

A further statement was issued which outlined the process.

The New Zealand Ice Hockey League applied an automatic three-game suspension after the initial call from the referee in the game as per its event manual and all further disciplinary matters are handled by the NZ Ice Hockey Federation and have nothing to do with the league.

The appointed disciplinary panel has followed the process accordingly to the rules and regulations agreed by all regions and NZIHL teams, the statement said.