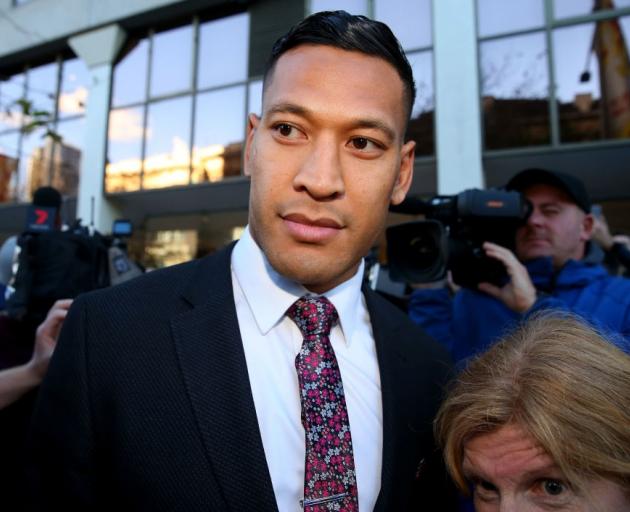 Hudgell warns Catalans that legal action will be taken should Hull KR suffer any financial loss – from sponsors to potential investors, gate takings and reputational damage – as a direct result of Folau's controversial signing.

Folau has not played since he was sacked by Rugby Australia last May for making homophobic comments on social media and he was then denied the chance to resurrect his career in the NRL.

That did not stop Catalans offering Folau a one-year deal for this season.

In the email obtained by the BBC from Hull KR to Catalans, Hudgell outlines the club's frustrations.

He said: "I reserve my position to take proceedings v Catalans Dragons. For example, if title sponsor withdraws, or external investment is not secured, or quantifiable reputational damage is caused to the brand of Super League and its members."

Folau has started training with Catalans but a planned media appearance in Perpignan later this week was cancelled as the stoush comes to a head.

"He arrived Sunday, we didn't want to shout it from the rooftops, so he could arrive in peace," Dragons spokesman Yannick Rey told AFP.

Immediately after Folau's signing, Wigan Warriors announced their March home game against Catalans would be "Pride Day" with LGBTQ+ groups invited to help promote equality in the game.