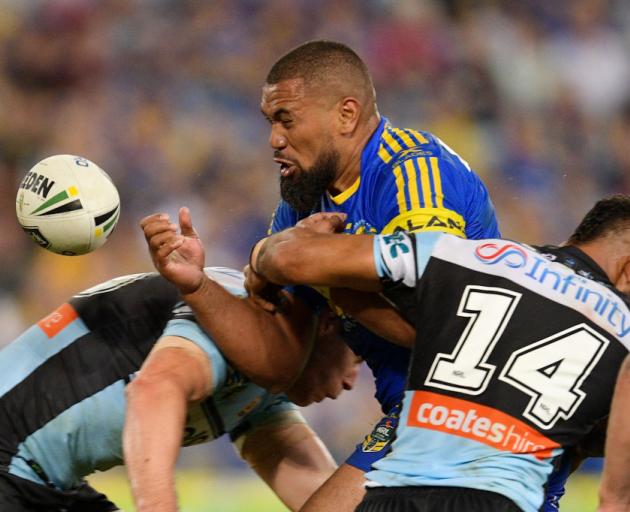 The Eels took a hefty blow from the Sharks. Photo: Getty

Wade Graham toughed it out through pain and starred as Cronulla bounced back into the NRL winner's circle with a 20-6 defeat of Parramatta on Saturday night.

On a night when James Segeyaro made his return to the NRL with the Sharks, Graham shrugged off a first-half leg injury to lead his side to victory in front of 17,003 fans.

Both sides were sloppy but the Sharks made the better of their opportunities as the Eels dropped their second straight match.

The premiers spoiled the party in what was the Eels first home game at ANZ Stadium, while Parramatta Stadium is redeveloped.

A day after putting pen to paper on a two-year contract extension, back-rower Graham was in everything in the first half, putting Jayden Brailey over following a Matt Prior offload in the 10th minute.

He then made two influential plays for his side's second - first he forced the error from Beau Scott and the next set he offloaded to Ricky Leutele, who sent Sosaia Feki flying over on the inside.

It looked liked Graham's night was over when he copped a blow to the Achilles from Leutele late in the first half however he played on after staying down for several minutes.

The Eels looked like they would head into the sheds down 12-0 but a minute before the break David Gower caught a lucky rebound off a Corey Norman grubber to reduce the deficit to six.

However the Sharks took back the ascendancy with a James Maloney penalty goal before Paul Gallen popped a late offload to send his No.6 over next to the posts.

Maloney also toughed it out, playing through the pain of a back injury suffered in the first half.

Segeyaro late last week negotiated a release from English Super League club Leeds - with the Sharks forced to pay a transfer fee - before having his first training session on Tuesday.

He had a mixed involvement in the final quarter of the game, getting through his work while also giving away a penalty. 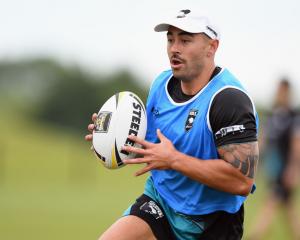 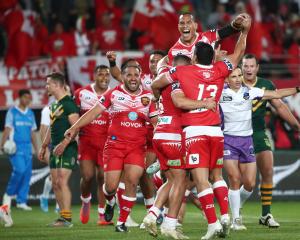