Money may not be the motivation behind Fiji's stunning Rugby League World Cup run - but it certainly weighed heavily on many of the players' minds.

Fiji management have revealed most players were trying to save as much of their World Cup daily allowance as possible in order to give the bulk of it to their cash-strapped families at home.

Because team management only covered breakfasts, players relied on "all you can eat" buffets during their Cup campaign in order to save cash.

But their miserly ways appear over after the Batis reached the World Cup semi-finals for the first time.

Fiji are guaranteed a $A300,000 ($NZ348,999) pay cheque for booking Sunday's showdown with unbeaten champions Australia at Sydney -- and national coach Joe Dakuitoga confirmed he wanted the money to go to his players.

It would be music to the ears of the likes of their two Fijian village league players -- Ilisoni Vonomateiratu and Suguturaga Valekapa -- who play for a pittance.

Indeed, the team that beat Ireland 30-14 in the semifinal qualifier on the Gold Coast last night boasted just two players with international experience before the Cup started.

Now one of the game's paupers lines up against the cashed-up superstars.

But Fiji have stressed they have not been thinking about the potential Cup pay cheque in Australia, despite their obvious hardships.

"We all play because we're passionate about the game." Fiji started the tournament at 500-1 outsiders with bookmakers, odds dramatically shortened to 40-1 by this week.

Few expect Fiji to overcome an Australian team that thrashed them 66-8 the last time they met in 2000.

But it has been made clear from the outset to Fiji that their Cup campaign is about much more than simply winning games.

"We are a sport that always has been looked down on (by rugby in Fiji) - I think after this World Cup rugby league will be the No.1 game in Fiji," Dakuitoga said after their 30-14 win.

"Rugby league started in Fiji in 1992 so to be where we are today is a big achievement.

"All of Fiji are watching us." It's no exaggeration.

Fiji's pay-TV network ran out of satellite dishes before the win over Ireland.

"We came here to lift the profile of rugby league back in Fiji and to unite our country so it isn't pulled in all directions," team manager Ilaitia Naqau said.

"To play Australia will open doors for us back home like we've never seen before.

"It would be crucial for rugby league in Fiji." Their Cup performance has already made an impact.

The Fijian Times today gushed: "Our proud Bati now face the world champion Kangaroos on Sunday, marking the first entry into a semi-final by a major team sport. 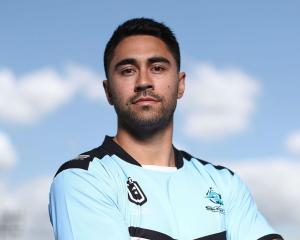 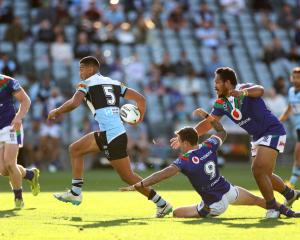