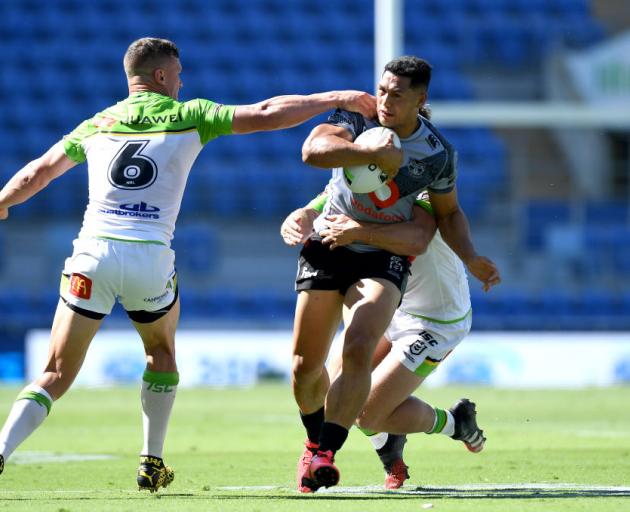 The Australian Rugby League Commission is expected to sign off on the competition's return at the NRL innovation committee meeting on Thursday.

The Sydney Morning Herald reports two proposals will be discussed at the meeting and a 15-round competition based in Sydney is the preferred option with a hopeful return date of May 21. The alternative proposal is a two-conference system, splitting the competition in half, but was met with some resistance by some players on a Rugby League Players' Association call earlier in the week.

Following Thursday's meeting, a recommendation will be put to the commission and a decision on the structure and future of the game will likely be announced.

Should a Sydney-based competition go ahead, the Warriors, Brisbane Broncos, North Queensland Cowboys, Gold Coast Titans and Melbourne Storm would have to move to Sydney for at least two weeks due to border restrictions. However, the hope is they will be able to return home after that and get chartered flights to games on game day.

The Warriors will be given exemptions to travel restrictions by the New Zealand and Australian governments, and will have to isolate together for 14 days after arriving in Australia, but they will be able to train, the SMH claimed.

The NRL has been on hiatus since March 24, playing just two rounds of the scheduled 26-round competition, due to the threat of coronavirus. The league brought in an expert to assess the situation and how it could possibly impact the competition.

"Our pandemic and biosecurity experts said due to the outbreak it is no longer safe for our players to play," ARLC chairperson Peter V'landys said at the time.

"We've left it open and will make further announcements in the future. All options are still on the table but what's paramount is the health of our players."

It was been a rough start to the season for the Warriors, who sit in 15th on the 16-team ladder without a win.