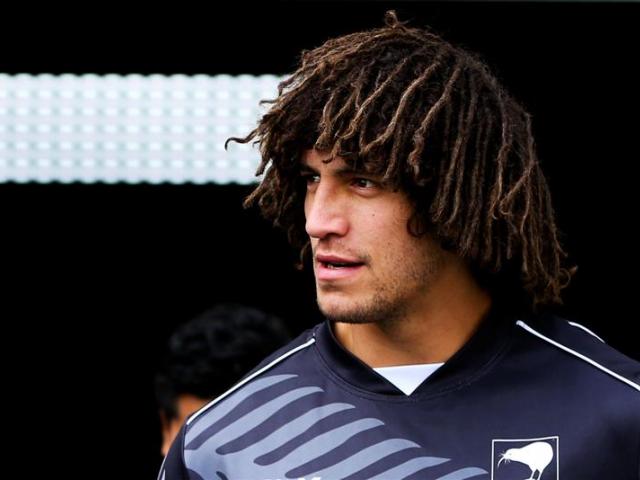 Kevin Proctor. Photo: Getty Images
Kevin Proctor could cop a further sanction to go with his four-week ban from the NRL for biting with he and Shaun Johnson also in possible trouble for breaking judiciary protocols.

Both Proctor and Johnson could land in hot water for making public comment before Tuesday night's hearing for Proctor's bite on the Cronulla halfback.

The comments are believed to have caused some angst at NRL HQ, with players barred from speaking publicly before a judiciary hearing.

In an interview on Sunday, Proctor maintained he did not bite Johnson and that he was "so pissed off about" being sent off for the incident in Gold Coast's loss to the Sharks.

Johnson then took to Instagram on Tuesday before the hearing to stress while he first felt a nibble on his arm, he believed Proctor's claims he hadn't bitten him.

NRL judiciary chairman Geoff Bellew made no secret of his frustrations over the public comments when he directed his panel on Tuesday night.

"It is not for players to conduct their defence in the media," Bellew said.

"The players are provided with this forum that we are in at the moment for that purpose."

"This case has attracted a considerable deal of publicity.

"In the cause of this publicity various opinions have been expressed by a great number of people.

"These opinions cannot have any bearing on your decision."

Johnson appeared in the 138-minute hearing on Proctor's behalf, and was pressed on how he went from thinking he'd been bitten to changing his stance.

"The fact it was Kevvie," Johnson said.

"I was in the heat of the moment and it wasn't until I took a step back and thought about it. I thought I got bit, but it's Kevin."

The Sharks halfback then claimed he realised he'd pressed his arm on Proctor's mouth and initiated the situation.

"As the match went on it didn't make sense," he said.

"At the time I felt like I had got bit. But when someone gets sent off it makes you think about things.

"It was on my mind and it wasn't until I was in the sheds [while injured] I was thinking about it all and it didn't add up to me.

"When I saw the replays it became clear to me what I was thinking. I knew I had a tight grip on him and I had my arm against his mouth."

NRL counsel Peter McGrath then accused Johnson of changing his stance to support his Kiwis teammate, before the panel eventually found Proctor guilty.

"He opened this box and couldn't put it back in.

"It started snowballing. He realised what effect this might have on his friend.

"Whatever he now tells you he thinks and whatever he wishes to say now, at the time we saw that honest reaction [to a bite]."