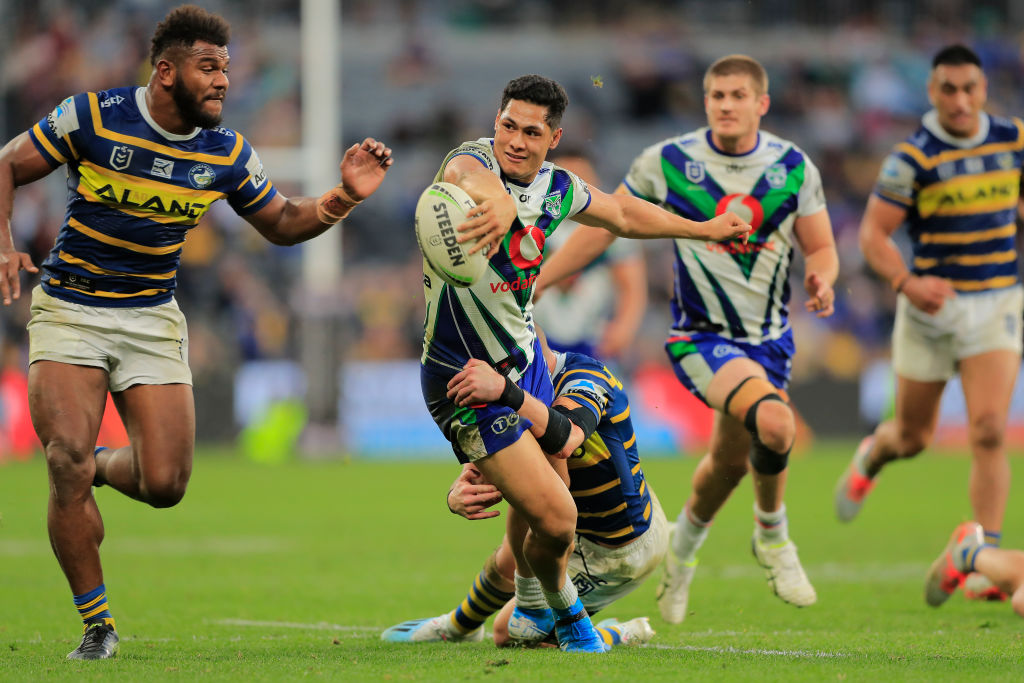 Referees Chris Sutton and Chris Butler, and touch judges Clayton Sharpe and Adam Cassidy have all been relegated for the this weekend's round of the NRL - a direct result of the two errors on stripping incidents and a knock on that went uncalled and resulted in a try.

Addressing the match and the aftermath that came from the refereeing woes, NRL head of football elite competitions Graham Annesley highlighted the two stripped ball incidents as major turning points which had a significant impact on the result at his weekly football briefing.

The Warriors were penalised for what was a "legal strip" under the laws of the game - which a second tackler dropping off before the one-on-one rake was successful.

"That should not have been penalised and to compound that error the Parramatta Eels scored directly in the next set of six. That's error number one," Annesley said.

The Warriors were again on the wrong side of a stripped ball call later in the match when the Eels took the ball in a tackle despite having three players involved in the play at the time the ball was raked out.

"There was no penalty that resulted from that strip. The Warriors were entitled, in my view, to a penalty there which would have taken them down the other end of the field with 13 minutes to go. No guarantee of course what would have happened from that, but we had two significant errors by the match officials in relation to stripping incidents that have been costly in the overall context of the game."

The final incident highlighted by Annesley was a knock on that went uncalled and resulted in another Parramatta try. Warriors half Blake Green knocked the ball backward, and it deflected off the thumb of Parramatta's Nathan Brown before being dived on by another Eels player.

Despite being sent to the bunker, the "subtle" knock on was not seen and the try was allowed to stand. The Warriors also had a subtle knock on that went uncalled during the match.

Speaking about the controversial forward pass that ruled out what would have been a match-winning Warriors try, Annesley said he couldn't tell if it was a forward pass or not after looking at the replay "over and over again."

"I understand the view of the Warriors and the fans of the Warriors on a pass like that, but I just don't believe that we can make a categorical determination on that one way or the other.

"But putting that incident aside, there were the other incidents we looked at, which were critical incidents and did have an impact on the outcome of the game. As a result of that...the four officials involved in that game will all be relegated for next weekend's round of NRL.

"A lot of those incidents were on the ball incidents that the referees should have picked up. The others, the touch judges were there to assist and all four officials have been involved in those errors."