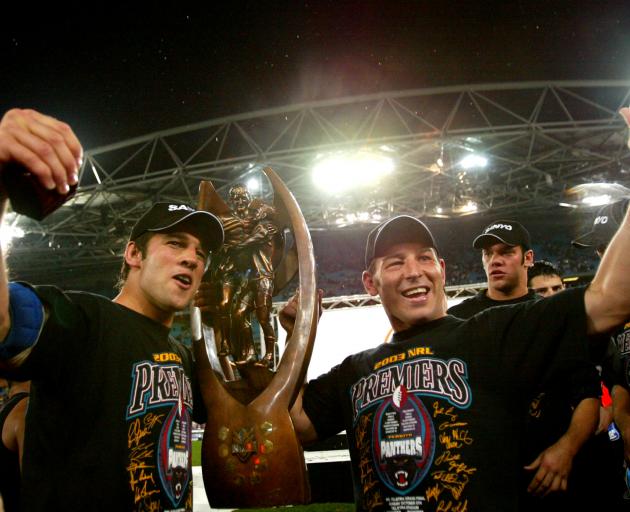 Ryan Girdler (left) and Craig Gower celebrate after the Panthers’ 18-6 win over the Roosters in the 2003 grand final. PHOTOS: GETTY IMAGES
Otago Daily Times sports editor Hayden Meikle has been spoiled in recent years as the teams he follows — North Otago rugby (2019 Meads Cup), Valley rugby (2018 and 2020 Citizens Shield), the Boston Red Sox (2018 World Series) and mighty Liverpool (finally!) — tasted great success. He is something of a lapsed league fan but his team, the Penrith Panthers, is on the cusp of winning another NRL title. Time to reflect on a 30-year on-off relationship.

She is the reason I will never join the Warriors bandwagon — even if, you know, it is actually going to be their year — but will always be more interested in the Penrith Panthers.

Mum had been in Australia in either 1989 or 1990, and returned with some rugby league jerseys and hoodies for us boys.

Younger ones might not grasp how popular Australian rugby league was on this side of the Tasman about that time.

There was no Super Rugby, and the nominally amateur All Blacks didn’t play every week, so the Winfield Cup — yes, shockingly, named after a certain product that shall remain nameless — became something of an obsession, and Tina Turner’s The Best a near-constant soundtrack.

Lots of Kiwis seemed to adopt the Manly Sea Eagles (New Zealand legend Graham Lowe coached them) or the Parramatta Eels (they were good) or the Canberra Raiders (they were really good).

And he wore that hoodie with DAHDAH on the front — what the hell was DAHDAH anyway? — until it fell off him.

My Panthers allegiance was cemented just as Penrith produced a season for the ages to win its first title.

The Panthers had been beaten by the Raiders in the 1990 grand final, but would not be denied in 1991. They swept through the regular season, winning 17 of 22 games, then beat the Raiders 19-12 in a stunning grand final rematch.

Veteran hooker Royce Simmons gave the Panthers a great start with a lovely individual try, and scored a second at the end of the final.

Simmons, who immediately retired, famously told the crowd he would ‘‘have a beer with every one of youse’’.

That was a phenomenal Penrith team, coached by a young and less windy Phil Gould and containing the genius Greg ‘‘Brandy’’ Alexander as captain, the ruthless Mark Geyer, the classy John Cartwright and a young Brad Fittler.

A few months later, I bought a commemorative edition of the grand final on VHS, and would drag it out for a viewing now and then. 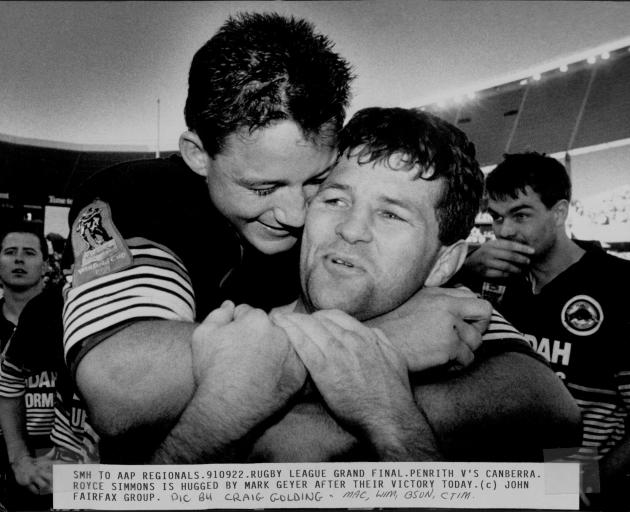 After the magic of 1991, my interest in rugby league waned as a magnificent obsession with Liverpool Football Club really took hold.

The Panthers were also fairly average for most of the rest of the 1990s — not that Liverpool was great — and both the club and its talismanic captain seemed to struggle to recover from the tragic death of Ben Alexander, Greg’s wondrously talented little brother, in a car accident in 1992.

In fact, I have to be honest here and say I am not sure I remember much about any Panthers season from about 1994 until 2002.

That will forever remain my favourite Panthers team, and it beat the Roosters 18-6 in a grand final remembered for Sattler’s amazing try-saving tackle.

For everything but Liverpool and the Old Golds, I am an appalling fairweather fan.

That 2003 season was great fun but when Liverpool produced the miracle of Istanbul in 2005 and the Old Golds started winning Meads Cups for fun and the world’s greatest human Juergen Klopp arrived at Anfield, the Penrith Panthers got left behind again. 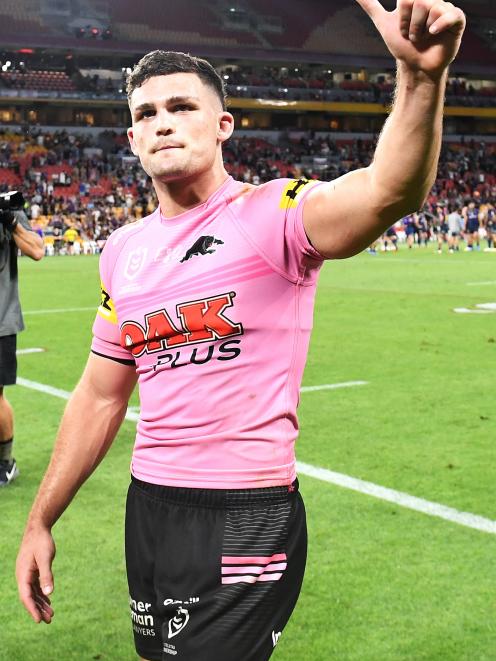 Penrith Panthers playmaker Nathan Cleary waves to the crowd after the NRL preliminary final against the Melbourne Storm at Suncorp Stadium last weekend.
Apart from a couple of isolated seasons, they were also pretty average until a resurgence at the end of the 2010s.

The Panthers were extremely good in 2020, winning 18 of 20 games — how is that even possible in such a competitive league that has equalisation tools like a salary cap?

They duly made it to the grand final, but were gazumped by the hated Melbourne Storm.

Penrith, with former Warriors coach and player Ivan Cleary in his second stint guiding the club, has also been excellent in 2021, and now plays the South Sydney Rabbitohs in Sunday night’s grand final.

It is a team with no real weaknesses, guided around the park by Cleary’s son, the gifted Nathan Cleary, and halves partner Jarome Luai, with attacking weapons like Brian To’o, Stephen Crichton, James Fisher-Harris and Viliame Kikau.

Do I really have much clue about what is going to happen? No.

Will I really lose much sleep if Souths pull off an upset win? No.

But it’s still a great time to be a Penrith fan. Up the mighty Panthers.