Warriors hookers on track after surgery 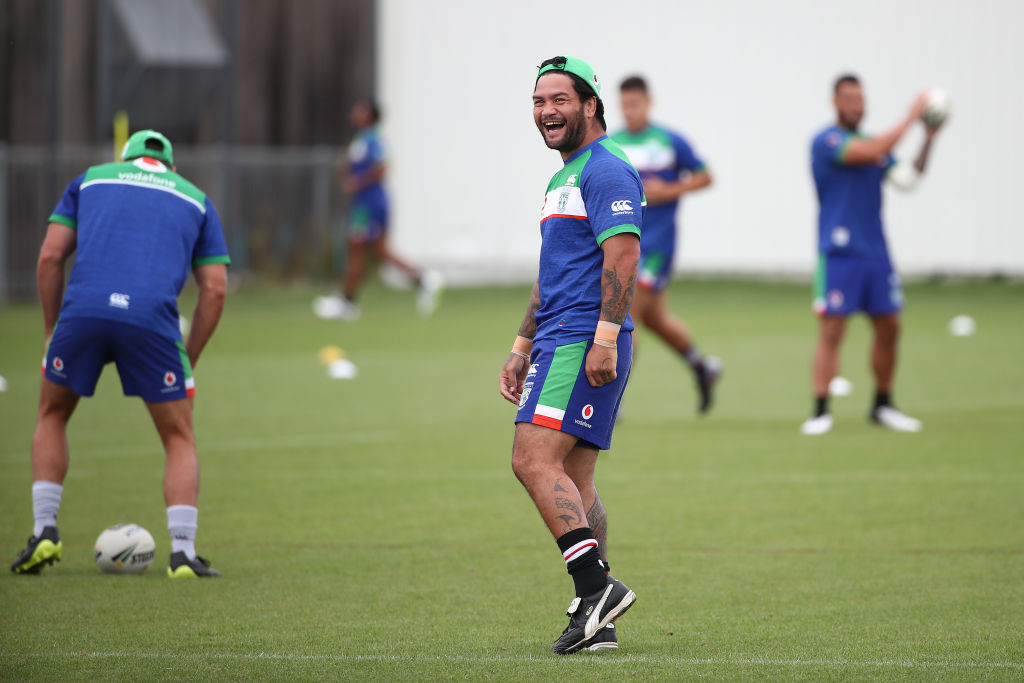 Issac Luke enjoys a light moment during a Warriors training session at Mount Smart Stadium in Auckland. Photo: Getty
Warriors hookers Issac Luke and Nathaniel Roache have both defied the odds to be on track for the NRL season start.

Kiwis veteran Luke was regarded as only an outside chance to face the Bulldogs in the opening round next month after undergoing shoulder surgery following the Warriors' exit in the finals last September.

However, coach Stephen Kearney predicts the 31-year-old will line up for the March 16 encounter at Mt Smart Stadium unless there's a setback in his progress.

Luke dislocated his shoulder more than once during games last year and the club will bank on getting better minutes out of a player who is a matchwinner when fit and firing.

While Luke may miss both Warriors trial games to give him maximum time to recover, Roache is poised to play in both, including Friday's match against Melbourne in Geelong.

It will be the first appearance of any sort for 18 months for the highly-rated rake whose career was struck down by a serious back injury late in the 2017 season.

An operation and lengthy recovery was followed by a hamstring issue two months ago, which Kearney feared could set him back further.

The 22-year-old, who has clocked up just 20 first grade appearances since a 2015 debut, will be closely monitored by Kearney, with some suggestion Luke's starting berth could come under pressure.

"He's had a tough run Nate. He's a real athlete, pretty highly strung. If I'm using a car analogy, between a Datsun or a Ferrari, he's certainly the latter," Kearney told reporters.

"Come Friday, he'll probably be a little bit nervous, understandably but Nate came to us earlier and said he wanted to play in the first trial and he's worked extremely hard to get himself there."

The Geelong fixture is a chance to see young halves contenders Adam Keighran, Chanel Harris-Tevita and Hayze Perham in a match environment as they continue to joust for Shaun Johnson's former jersey.

The trio will all get field time, with Kearney then possibly starting his favoured contender alongside regular Blake Green in the final trial against Wests Tigers in Whangarei next week.