Novice rally driver Avalon Biddle and co-driver Grant Marra get in some practice before this weekend's Otago Rally. Photo: Supplied.
She is a speed queen on the back of a motorbike but Otago Rally’s celebrity driver motorcycle racer Avalon Biddle says going fast on gravel is "totally different and a bit scary".

Hitting the gravel on Sunday for the first time as part of Taumutu Gravel Sprint, near Leeston, Biddle said she was unlikely to swap motorbike racing for rally as her main sport any time soon.

But she is feeling excited and "a little nervous" about competing in this weekend’s event.

"You really notice the speed when you’re in top gear and hit the gravel, and there’s less time to think, but the car handles so well, it’s amazing," she said.

"When you’re on a bike and doing 10 or 15 laps, you have time to work out your line and improve with each lap. This is really different."

Biddle said she completed five timed runs on Sunday — improving her time with each run.

The first couple of laps she took slowly but, after a few rides with some of the experienced drivers, she had a go at pushing herself.

"The fast guys made it look so easy, accelerating into the corners, then throwing it sideways. I realised it’s actually really hard to do.

‘‘I thought I was going to crash when trying to drive like they do, so I just had to go back to taking my time to get up to speed."

Biddle said co-driver Grant Marra helped keep her on track, providing expert advice with how to drive as well as navigation.

She said she finished Sunday’s s sprint somewhere around 16th, out of 22, so "definitely wasn’t last".

The first woman to win the New Zealand’s Supersport 600 title and two-time winner of the FIM European Women’s Cup, Biddle will drive an H6 Subaru, run by Jeff Judd’s Magnum Motorsport team based in Christchurch.

Biddle (28) leapt at the chance to compete in the rally alongside this year’s other guest driver, former New Zealand superbike rider Aaron Slight.

"I’m excited; it’s definitely one for the bucket list. I didn’t even know that events like the ones I’ve been to this weekend existed so I’m very keen to get involved more, maybe as a co-driver."

The Otago Rally starts on Friday and is the first round of the New Zealand Rally Championship. 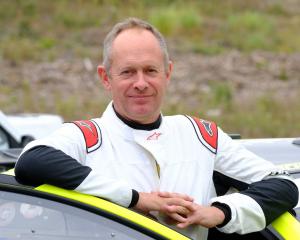