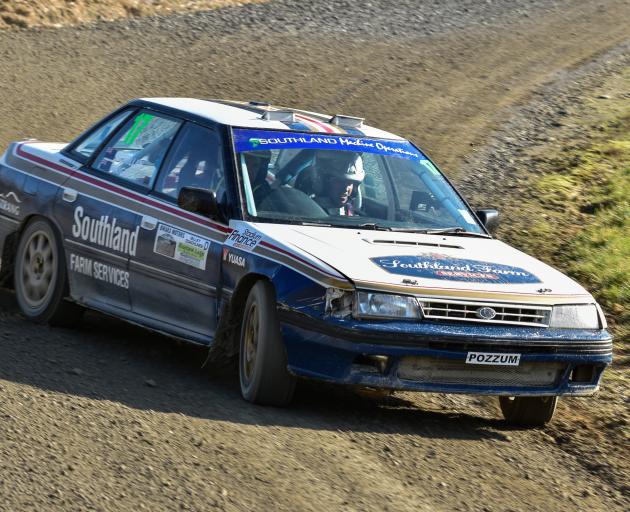 The event is being held in place of the Catlins Coast Rally, which is taking a break this year after a successful 20th edition last year.

Two cars that are being shared by two different drivers head the running order.

The second car will be Invercargill driver Raimon Wilkinson’s Toyota Trueno, which will also be driven by his son, Ryan.

Next up is four-time Catlins Coast Rally winner Andrew Graves, of Gore, in his Mitsubishi EVO 3, followed by the EVO 6 of Balclutha driver Dean Bond, a three-time Catlins rally winner.

Dunedin-based Australian driver John Spencer is next in an EVO 7, followed by Mark McMillan (Invercargill) in the Subaru Legacy.

McMillan finished second in last year’s Rankleburn Rally after a lengthy absence from the sport.

Hamish Roche, of Dunedin, has class A all to himself at present in his Suzuki Swift GTi.

The youngest competitor in the event will be 15-year-old Isabella Magee, of Dunedin, in her Honda CRX. Isabella does not yet have a driver’s licence but has been doing sprints while her father, Gary, sits alongside her, and is getting faster with every event.

The rallysprint will utilise some of the roads previously used for the Catlins Coast Rally, forming a loop of about 8.5km.

The action starts at 11am, and the best spectator viewing is off Waitepeka School Road and adjacent to the Green Park Camp.

The South Otago Car Club will run its Catlins Inn Rallysprint on Sunday to give the rally community a weekend of entertainment.