Dippie one to watch in endurance championships 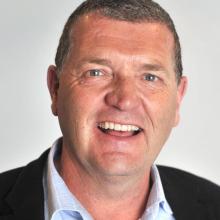 Martin Dippie
Competition is bound to be fierce as Highlands host the one-hour and three-hour New Zealand endurance championships over the weekend.

A large grid of more than 30 cars will line up at Highlands Motorsport Park in Cromwell for a winner-takes-all one-hour race on Saturday.

Overall and class titles are on the line with a competitive mix of cars having qualified in the recent North Island and South Island endurance series.

Overall title is likely to go to one of almost a dozen Porsche GT3s from Class D (GT type). Fresh from winning his first South Island title, Dunedin’s Martin Dippie, in his Porsche 991 GT3RS, will be pursued by Christchurch’s Marco Schelp, in a Porsche 997 Cup S, who won two of the three South Island races, and father and son pairing of Garry and Ben Derrick, racing in a Porsche 991 GT3 who were runner-up in the series.

North Islander Matt Whittaker, driving a Porsche 991 Cup Car, makes the trip south and is no stranger to winning on South Island tracks.

In Class B (2001-3501cc), Jordan Michaels, in a Honda Civic FK7 TCR, returns to defend his title, this time with a new engine rushed in to NZ after the last one expired at the final South Island round, handing the Class victory to Debbie Chapman, in an Audi RS3 LMS TCR, who will also be on the grid. Qualifying takes place tomorrow morning with 60 minutes of racing to get under way at 11am.

Qualifying for the three-hour race will start tomorrow at 1pm.

More than 30 cars will line up. Heading the pack and the team to beat are current New Zealand champions Neil Foster and Jonny Reid, in an Audi R8 GT3. The combination has proven to be tough to beat but look like they will face their fiercest competition yet.

Up for the challenge will be Alex Reberas and Darren Kelly, in an Aston Martin Vantage AMR GT3 who convincingly won the South Island overall title and came close to also winning the North Island Series.

The McLaren 650s GT of Glenn Smith and John DeVeth won the North Island Series, giving them confidence to beat both the Aston crew and the pack of Audi entries.