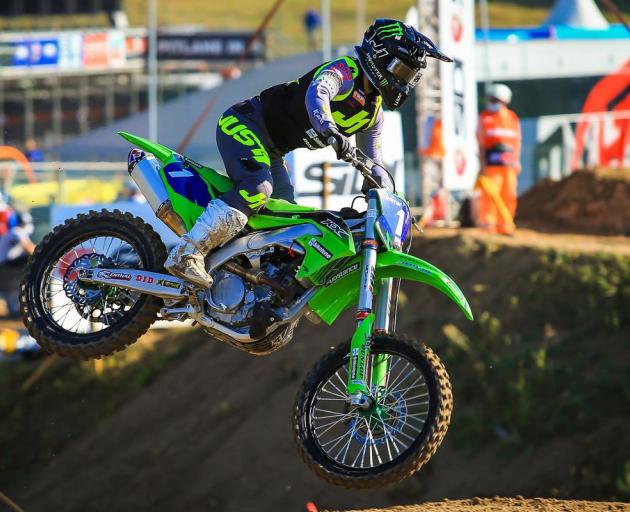 Courtney Duncan on her way to winning the Mantua leg of the women’s Motocross World Championship yesterday. PHOTO: MXGP
Courtney Duncan has bounced back in Italy.

It leaves the overall series defending champion just four points off the top spot with one meeting left.

Duncan finished second, one second behind series leader Nancy van de Ven in the first race, before completing a dominant 19sec victory in the second race.

It was a strong comeback after a disappointing last race in which she suffered a "pretty nasty crash".

"I’m so stoked with today – the moto win and the overall," she said.

"Making up the points was great but to be honest with you, the thing I was most proud of was how I was able to forget about what happened on Sunday, regroup and to come out and put a performance like that in.

"It makes me really proud — for the team and for everyone that supports me. It’s great.

"Obviously I needed to as well.

"It was quite bad. I was 14 points down. It was important that I made it up."

The final round will be held on November 1 and Van De Ven leads Duncan by just four points.

The gap of five weeks until the final round suits Duncan well.

"Having some extra weeks is going to be great.

"I think I can really put a good stint in there and make a lot of improvements."