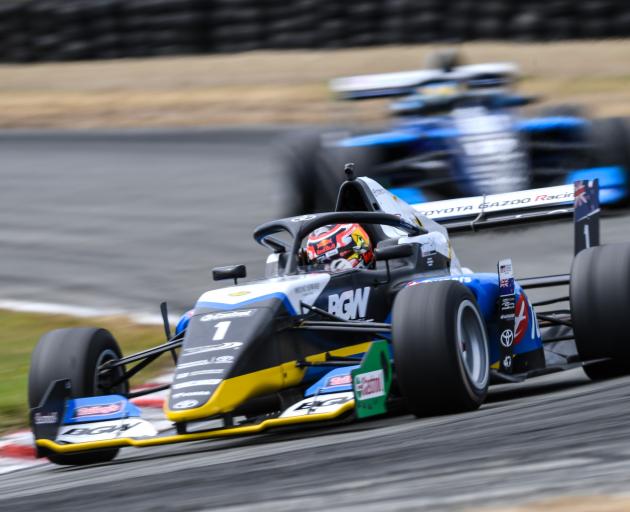 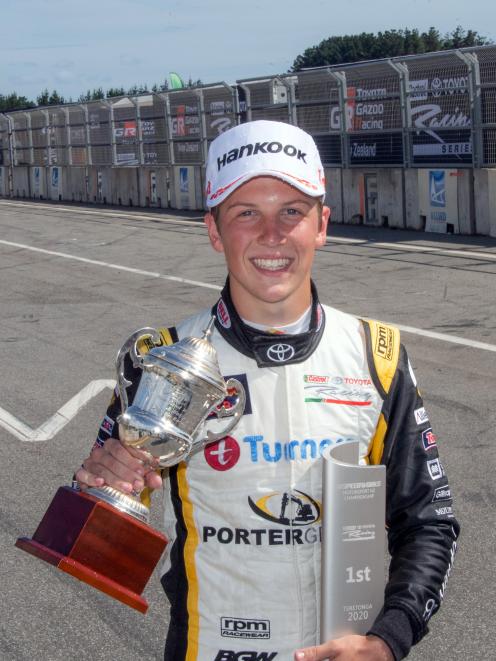 He was left 13th on the grid and had to drive through to sixth place in the opening race on Saturday afternoon, won by Brazilian driver Caio Collet, from Swiss driver Gregoire Saucy, with pole position man Igor Fraga of Brazil third.

The second race of the round on Sunday morning was a top-eight reverse grid and from pole position French karting star Emilien Denner led all the way to win, in just his fifth race start in a car. He was followed home by German Lirim Zendeli and Lawson was third.

Australian Jackson Walls surprised by qualifying on pole for the Spirit Of A Nation feature race, ahead of Lawson, but at the start Lawson took a lead he was never to lose. Igor Fraga kept him honest throughout and Lawson’s Red Bull Junior team-mate Yuki Tsunoda of Japan was third.

Chelsea Herbert crashed in Saturday morning’s qualifying, injuring her back and has been forced to withdraw from the series.

Cole Armstrong claimed victory in the drifting championship after a hard fought-final against Dave Steedman.

Australian driver Jaylyn Robotham was the round winner in the Toyota 86 Series, winning two of three races from Peter Vodanovich, of Auckland and Campbell Stewart.

Vodanovich won the other, from Robotham and Jayden Ransley.