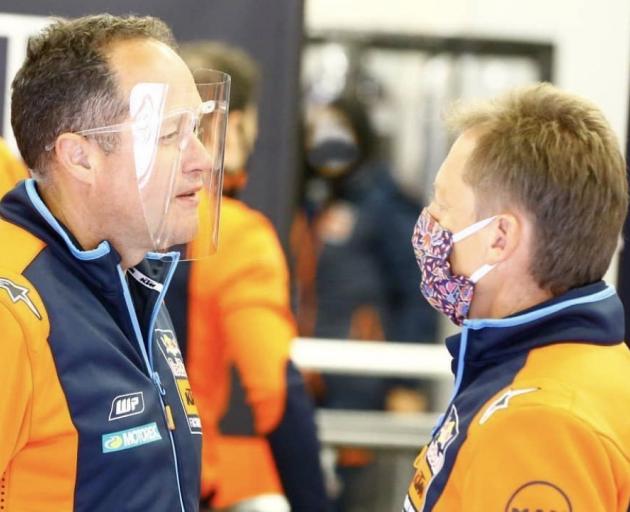 But recent months have been far from normal.

With MotoGP on hold and KTM race headquarters in Munderfing closed, Trevathan, who lives in the Netherlands, has spent nearly four months in the Dutch version of a lockdown.

Then last week he learned Espargaro will be defecting from KTM to Honda in 2021.

Trevathan (50) understands a revised MotoGP schedule is due to be released this week.

"Our season should begin on July 19, in Jerez, in Spain, with limited personnel and no spectators" he said from his home in Druten, where he lives with his wife and two children.

The return to racing cannot come soon enough, although he admits he was "quite lucky" to be living in the Netherlands, where the Government imposed an "intelligent lockdown".

"That meant schools, sports centres, sporting and music festivals, restaurants, pubs and discos were all shut down.

"For everything else, it stayed open and we were asked to work from home as much as possible and keep the 1.5m distance to one another.

"It was said that if everyone followed the guidelines, then we would not need a more controlled lockdown.

"And, with the Dutch being the Dutch, they did what they were told, and in the end it has not been so bad," he said.

While the Netherlands never closed its borders within the European Union, continuing to allow essential travel, KTM only recently reopened its race shop.

"Week by week, it is becoming easier to travel.

"I needed a negative Covid-19 test result to be allowed into Austria, but from next week this is no longer needed."

The team managed to get in a much-needed two-day test at Speilberg, in Austria, on May 27-28, meaning KTM is only manufacturer to test since February.