The quest to earn a spot in the Southern Blast team starts this weekend.

More than 50 players from throughout the southern zone have been nominated for the trials to earn a place in the National Netball League team and emerging talent squad.

Players from other areas who are unable to travel due to Covid-19 restrictions will also have an opportunity to impress selectors.

Following fitness testing during this week, trials will be held at the Edgar Centre on Saturday and Sunday, comprising skills/specialist sessions, game play, sessions on recovery, nutrition and drug-free sport. 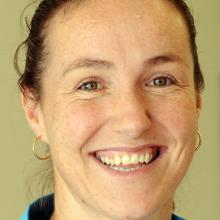 Jo Morrison
Coach Jo Morrison said players would be selected for an off-season training squad before a final trial was held in January to finalise the Southern Blast team.

“We’re very excited to be holding our first lot of trials for both the NNL and emerging talent squad for 2022,” she said.

“We have a number of players from this year’s team moving away next year as they have finished their studies so it is a very new-look group we will be selecting.

“It will be great to see the local talent put through their paces and to see who steps up. There are plenty of opportunities.

‘‘We also have some exciting young players heading south next year so will be good to see them in the mix too.”

Successful players will be supported with a training programme during the summer to prepare them for the final trial to confirm both the Southern Blast team and emerging talent squad.

Morrison returns for her third season at the helm of the Blast and will be strongly supported by a dedicated management team which includes assistant coach Abbey McKenzie, manager Steph Brenssell, physiotherapist Brett Woodley, strength and conditioning lead Lexie Jones-Heath and nutrition lead Zoe Tully.