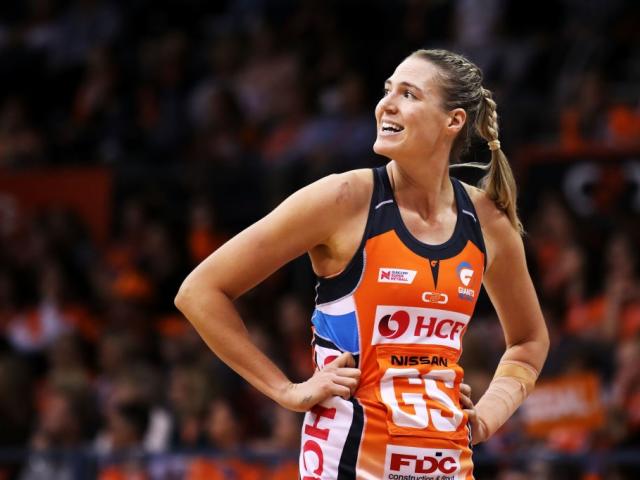 Caitlin Bassett. Photo: Getty Images
Australia captain Caitlin Bassett says any sort of hub format will be difficult to pull off when Super Netball makes its return from August 1.

Veteran shooter Bassett said players at all eight clubs will be relieved to emerge from an uncertain "holding pattern" and the financial impact of 70% pay cuts brought on by COVID-19.

While the league is targeting a full 60-game season through to November, no draw has been published, leaving the door open for a schedule in which the number of venues are restricted.

The NRL and AFL have introduced that concept, the latter competition asking its clubs from South Australia and Western Australia to relocate to a Gold Coast hub ahead of the mid-June resumption.

"Obviously we can't cut them out of the competition but the thought of everyone moving and going into a hub is unrealistic for us," Bassett told ABC Grandstand.

"A lot of us study or work. Some girls even have families and things like that so for us to come together and do something like the AFL and NRL are doing would be really hard... hopefully borders will have opened and we'll just go back to normal."

Pay comparison between the sports highlight why many netballers can't afford to be away from their homes for extended periods.

Players on the Super Netball minimum pay scale of $30,000 had still taken wage cuts while some staff members had been stood down during the shutdown.

"Some of the younger girls in our competition were actually earning more money than they would be if they were just on their normal contracts. So they're actually benefiting from this little crisis."

Bassett said it had been difficult seeing the NRL and AFL announce their competition details while netball information had been slow in forthcoming, both for professional players and the community game.