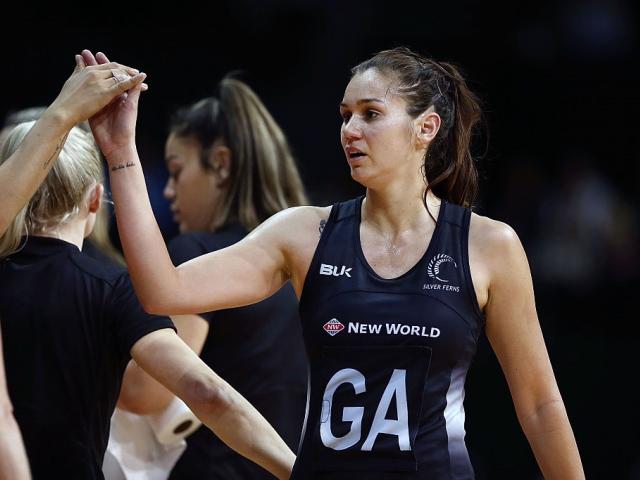 But last night, New Zealand's World Cup-winning team got back to business.

In their first international game since January, the Silver Ferns have defeated the England Roses 58-45 in Hamilton to claim the first match of this week's Taini Jamison Trophy Series.

Despite the win margin, captain Ameliaranne Ekenasio said there were still things they want to improve on.

"It was a bit messy, we'll be happy with the win though, a lot of things we can still fix up so looking forward to the next game," she told Sky Sport after the game.

"We know what we need to do, we got a bit guilty of thinking we'd get the ball easier, it was still hotly contested but some things we can fix up."

The Silver Ferns opened with a strong first quarter in which they dominated all areas. Recalled midcourter Sam Winders, who earned a start in the wing defence bib, flew up and down the court interrupting England's play.

Defender Sulu Fitzpatrick, who also earned herself a recall this week, made things difficult for England shooter Kadeen Corbin. Picking up an intercept and number of rebounds, Fitzpatrick helped lead the Ferns to an eight-goal lead early on.

The relatively fresh shooting combination of Ekenasio and Maia Wilson started to bloom in the second quarter. Wilson, who earned selection with Te Paea Selby-Rickit sitting out this series, put her skill set on display, hitting 34 of 39 attempts at 87%.

Meanwhile, England co-captain Serena Guthrie did everything she could to set up opportunities for her side to score. Often finding herself on the floor, Guthrie wasn't shy to put her body on the line either.

But a few too many turnovers in the Ferns' favour saw the scoreline blow out to a 10-goal difference by halftime.

Guthrie put it down to "impatience" as her side knuckled down for an uphill battle.

George Fisher, who Kiwi netball fans will see much more of next year after she signed with the Southern Steel for the 2021 ANZ Premiership season, took to the court for her 13th cap in the goal shoot bib.

Joined by shooting teammate Sophie Drakeford-Lewis, Fisher put up a decent performance under the post to keep the Roses in touch.

Momentum swung briefly for the visitors but the Ferns quickly took charge again in the final 15.

Returning to the side after rupturing her left ACL last year, Falkner had never stepped on court despite being selected in five previous tests in 2017.

Missing both her attempts tonight made for a less-than-ideal debut, but it's expected Falkner will get a proper chance to stamp her mark later in the week.

The Silver Ferns and Roses hit the court again at the same time Friday night before Sunday's final clash.