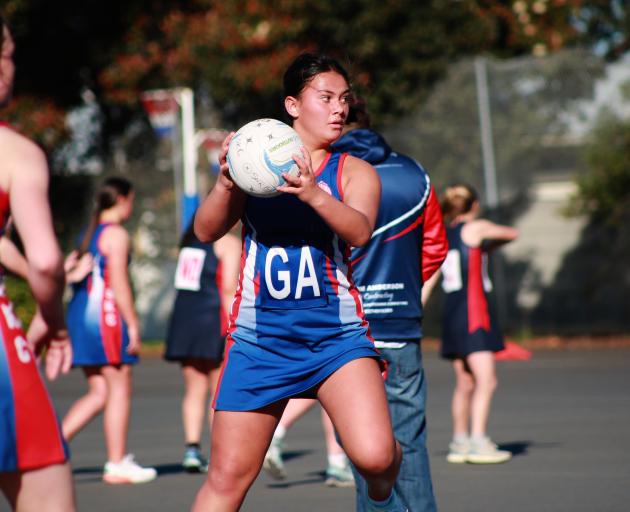 It was a fifth straight win for Maheno Green, which has been beaten in three consecutive finals and is desperate to end this season with silverware.

Maheno took control of the game straight away, leading 10-5 after the first quarter, 21-11 at halftime, and 30-17 after three quarters.

Goal shoot Suzy Oakes benefited from some slick work down the court, while Ella Brown (WD) and Kat Kawau (C) both worked constantly to disrupt Kurow’s flow throughout the game.

Kurow, to its credit, played well in the final quarter but was unable to claw back the sizeable lead.

Deahna Shearer, back in red after a year away, made an impact when she came on at centre, while the defensive end of Steph Voice, Renaye Flockton, Jayne Mulholland and Sarah Todd worked hard and picked up some good turnover ball.

St Kevin’s College again showed it is starting to hit form as it beat Valley Koru 33-24 after leading 15-10 at halftime.

Polished midcourt work from Olivia Mavor helped the school pupils forge ahead, while Amelia Wilkinson and Jasmine Emery had a big third quarter in the circle and got lots of turnovers.

Tegan Souness shot well for St Kevin’s throughout the game.

Valley Koru had some opportunities to get back into it. Sarah Newlands was a standout on defence, picking up lots of ball and adjusting to changes made.

Trailing 8-4 after the first quarter, 14-11 at halftime and 19-17 at the three-quarter mark, Athletic looked unsettled, but it charged home in the final quarter.

Ella Francis, playing out of position, had a superb game at centre.

The Rebels had their strongest game of the season and could be proud of their efforts.

Spearheading the defence, Aleisha Lucas created turnovers with consistent pressure over the ball, and Caidee Pennycook took the lead at the attack end with smart ball play and accurate shooting.

Both sides showed outstanding flair and creativity on court in a game that was free-flowing and showed the schoolgirls’ athleticism and skill.

Sublime shooting from Renee Stenning and expert passing from Meadow Neill kept Wildfire’s nose in front, while players to shine for Lightning Strike were shooter Emma Fox and the defensive unit of Diana Fonua and Jorja Belt.