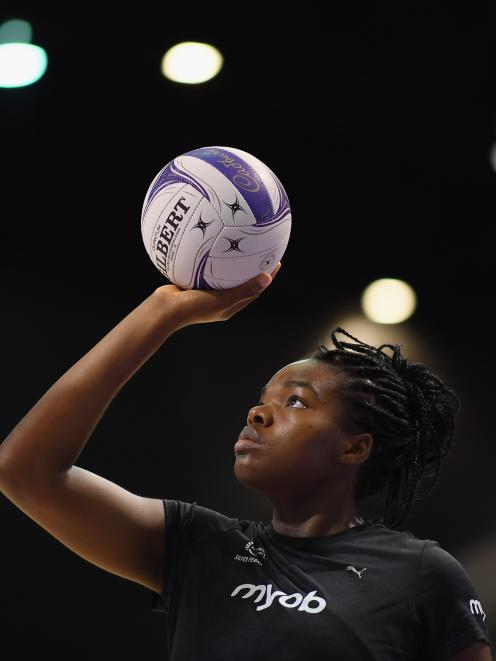 Grace Nweke. Photo: Getty Images
The Northern Mystics were pushed by their cross-town rivals but confirmed their ANZ Premiership credentials with a 54-51 win over the Northern Stars yesterday.

In the last of four games to be held at Pulman Arena at the weekend, the Mystics did just enough to keep the Stars at bay, leading 16-14 at the first break, 28-25 at halftime, and 44-39 at the three-quarter mark.

It meant the Mystics retained the Northern Challenge Trophy, but it was an admirable effort from the Stars, smashed by 24 goals the last time they played their neighbours.

Earlier, the Mainland Tactix produced a strong finish to beat the Waikato Bay of Plenty Magic 51-48.

In the tightest of contests where the result remained in doubt until the final few minutes, the Magic held a slim lead at each quarter break before the Tactix showed better composure to deliver the hammer blow at the end.

Two late blemishes cost the Magic dearly but after a season upended by injury and illness, there were positive signs to emerge from the camp, including the return of Ameliaranne Ekenasio.

The competition table is still a little wobbly thanks to the disruptions caused by Covid postponements, and there is still plenty of netball left, but a clear picture is emerging.

With an 8-2 record, the Mystics have 26 points and an eight-point lead at the top.

On Saturday, the Mystics thumped the Tactix 70-51.

Nweke poured in 45 goals from 49 attempts (92%) for the Mystics, who led by seven at halftime before really making their move in a powerhouse third quarter.

Nweke and centre Tayla Earle both marked 50 appearances for the table-toppers with commanding performances.

In the late Saturday game, the Stars produced a dominant defensive display to clinch a 47-39 win over the Magic.

The Stars backed up their one-goal win last week to gain a second set of maximum points after making their move in the second and third quarters against the Magic.

Both teams struggled with their conversion rates under the hoop but it was the defensive combination of Holly Fowler, Elle Temu and veteran Anna Harrison that laid the winning platform.

The final game of the round is between the Steel and the Pulse in Dunedin tonight.