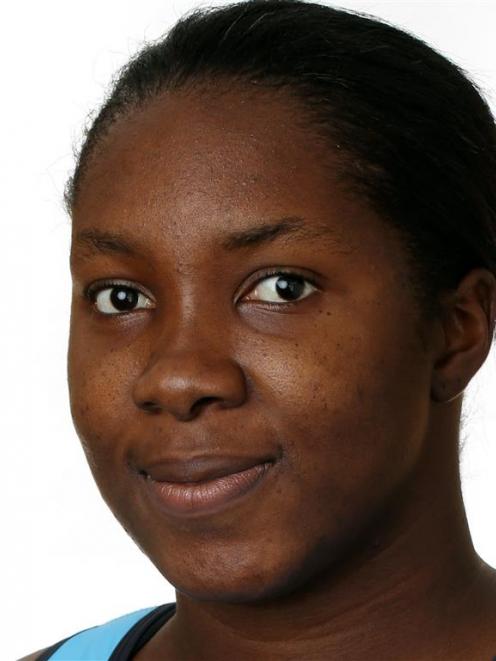 That is the question many will be asking after the southern side ground out a hectic 67-63 win over the Pulse in Wellington last night, to retain its unbeaten ANZ Championship run and set a record winning streak.

Its old-fashioned scrap with the bottom-of-the-table Pulse at TSB Bank Arena resulted in a fifth consecutive win for the New Zealand conference pace-setter, and took its unbeaten run to seven matches.

It was once again in no small part to a massive performance from goal shoot Fowler-Reid, who hit 54 of her 56 attempts to match the scintillating display of her counterparts at the other end of the court.

If the visiting side had been in any doubt as to the challenge it faced from the Pulse last night, it would have been washed away by the end of the first quarter as sharp shooters Maia Wilson and Ameliaranne Wells let it know it would be in for a tough night.

Wells shot nine from nine and Wilson slotted eight from eight in what could only be described as a master class as the Steel hung on to an 18-17 lead going in to the first break.

The red-hot duo fired from anywhere and did not miss their target until their 29th attempt, when Wilson slipped up midway through the second quarter.

In response, the Steel relied increasingly on the prowess of Fowler-Reid, with long balls and short passes both aimed in the direction of the shooting superstar.

The Steel trailed 28-25 when Wilson missed and would have been relieved to finally see the ball hit the hoop.

Moments later, Wells produced her first miss, and the Steel was able to claw its way in front.

It maintained a 33-32 halftime lead, but was clearly showing rust after its bye week and was unable to shake off the home side.

"It's not the performance we wanted to put out there,'' captain Wendy Frew said after the match.

"I think training will be pretty tough this week and we deserve that.

"We certainly lost a little bit of momentum during the bye week but that's just the way it is.''

Despite opening up what should be an unassailable eight-point lead in the New Zealand conference, Frew was unimpressed enough with last night's performance to suggest her side needed to go back to the drawing board.

However, she acknowledged the Pulse had turned up to play.

"The game had lots of little turnovers, which means it was a good game of netball.''

Earlier, the Steel opened up a slender three-point gap midway through the first quarter but was pegged back by the home side.

It then gave up a three-point lead midway through the second quarter on the back of two misses from Te Paea Selby-Rickit, who shot a disappointing seven from 14 in the first half.

However, it was able to capitalise on some loose passing from the Pulse to move back in front.

The Steel came out firing in the second half, opening up a 37-33 lead as it threatened to find form.

A Storm Purvis intercept was the catalyst for the Steel opening up a five-point gap as Selby-Rickit slotted a confidence-boosting long-range shot. But the Pulse shooters were still on song and the home side again hit back to narrow the gap to 49-48 at the end of the third quarter.

A Pulse turnover at the Steel's end early in the fourth quarter released the shackles somewhat and enabled the visiting side to pull out to a 59-54 lead as it finally took control of the match.