Potgieter says best yet to come 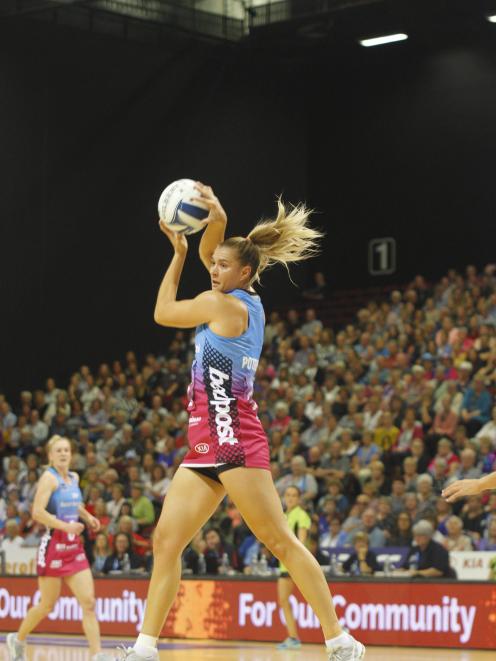 If Lenize Potgieter's feeling is right, that could become even more difficult in the coming weeks.

The new goal shoot was part of a dominant attack against the Waikato Bay of Plenty Magic on Monday night.

Playing her old team for the first time, she scored 39 goals in two and a-half quarters, as the Steel piled on 73 to the Magic's 53.

That followed a first-up loss to the Northern Stars, in which the feeders struggled to get her the ball.

''We weren't used to each other,'' Potgieter said of the first game.

''They weren't used to a shorter moving shooter, I'm used to quick release passes into the circle.

''It's a brand new team, brand new people - trust doesn't come in one day, it needs to be built up.

''I think our connection is starting to work, but there's still heaps of improvement to be found - I think it's going to come.''

She felt it boded well that the side could put up such a high score while still having so much room to grow.

That has potential to be a scary prospect for the rest of the premiership's teams.

While Potgieter acknowledged the Steel attack could become a force, she said defences were likely to respond.

''I would hope to be scary for the other teams, it doesn't matter who I play with.

''But I think we're definitely a force to be reckoned with, especially once the feeds just come in.

''It'll help other teams to step up their games as well, because I'm a very unorthodox shooter, as everyone's seen.

''So we'll just see what happens in the next game and see how all the teams stack up against us.''

Potgieter had been relieved to get her first game against the Magic out the way.

She and veteran defender Casey Kopua had a compelling battle, which she enjoyed.

The result left her very pleased when the final whistle went.

''Obviously it was my old team and it's the first home game, home crowd and I'm new to the team.

''So I was very nervous.

''But everyone back home and in New Zealand told me don't worry, just play your own game like you've always been playing and things will go your way.

''I'm very happy with this outcome, it's a great score.''

The Steel next plays on Sunday, in Invercargill, against the Mainland Tactix.