Southern Blast players will rejoin their club teams for the second games of the premier A grade competition.

The season started on May 17 but teams had a break last weekend due to Anzac Day, so will be looking forward to getting into the full swing of the competition.

Results from the first lot of games clearly split the grade in two, as all of the encounters were won by about 20 points.

Southern Magpies, Phys Ed A, College A and Phys Ed B all had a good first outing, scoring in the 60s while keeping their opponents to 40-something goals.

College A sits at the top of the standings, closely followed by Southern.

However, things can change as the season unfolds.

Southern Blast has a bye in this weekend’s National Netball League, which means Southern, College A and Phys Ed A will be back to full strength and would expect to get their second wins of the season.

Phys Ed A will welcome the return of Georgia White, Daniella Titoko, Killarney Morey and Mara McCurdy for its game against St Hilda’s.

Chloe Davis, Lisa Lin and Lauren Pickett will rejoin Southern when it faces Phys Ed B, while College should have Harriett Cuttance, Grace Namara and Meg Sycamore for its match against South Pacific Titans.

In the final game of the day, Uni Albion A will play Phys Ed C.

Coming up in the rest of the season is a double-header weekend on May 22 and 23.

Round two round robin will start on June 12, and will include another double-header on July 31 and August 1.

Semi finals will be played on August 14, followed by finals on August 21. 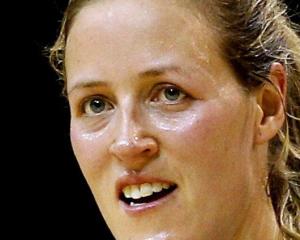