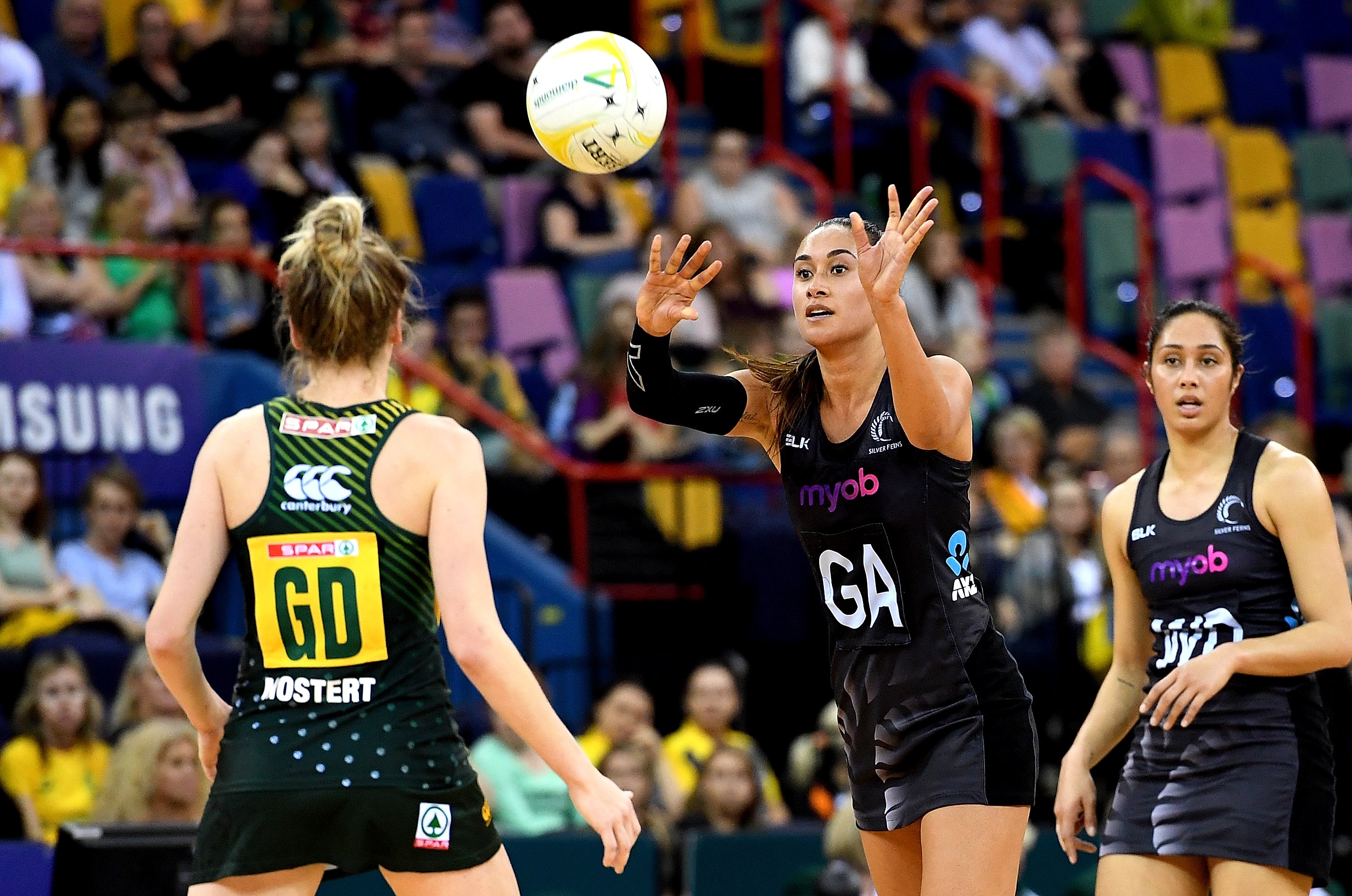 Maria Tutaia passes the ball during the 2017 Netball Quad Series match between the Silver Ferns and the Proteas in Brisbane Saturday night. Photo:Getty Images
While Israel Folau took on the All Blacks, his fiancee Maria Tutaia made her loyalties clear by guiding New Zealand to victory over another side in green and gold in the Netball Quad Series opening round in Brisbane on Saturday night.

At the same time Folau tried to inspire the Wallabies in their Dunedin Bledisloe Cup clash, Tutaia lifted world No2 New Zealand against the Proteas.
Silver Ferns superstar Tutaia admitted the clash of matches made for an awkward pre-match phone call.

‘‘Before the game was so funny. We both wished each other luck but I just wished him luck not his team — go the ABs,’’ Tutaia said.

‘‘He’s got no choice with me though. He has to go for the Silver Ferns too.’’

A 20-12 third term by the Silver Ferns proved the difference against the world No5 team, coached by former Australian mentor Norma Plummer.

Silver Ferns coach Janine Southby rolled the dice and injected impressive wing attack Whitney Souness and goal keeper Kelly Jury with the Proteas pressing, and it proved to be a masterstroke.

‘‘Having Souness and Jury out there, they are two players who have been on the radar for some time,’’ 108-test veteran Tutaia said.

‘‘So for them to have the courage to put them on in such a pressure match, it took some balls to put them out there.’’

It was still a huge effort by South Africa which was  thrashed 70-39 the last time the two teams met in February.

The Silver Ferns have won by an average of 31 goals in their past six games since 2012.

South Africa has beaten New Zealand just once in 29 previous contests when Kiwi great Irene van Dyk was representing the Proteas in 1995.

After the Quad Series, the Silver Ferns tackle a three-test home series against England next month.

Then, a new 12-strong squad will be named for four Constellation Cup tests against Australia in October that will effectively be their Games team.

‘‘It was a pass mark overall,’’ Southby said.

The eight-day Quad Series is expected to be decided when Australia meets New Zealand in Invercargill on September 3.

The series next moves to Canberra on Wednesday before concluding in New Zealand.