After four years of physical grind, New Zealand's rowers have spent the days leading up to their Olympic finals exercising the mind.

Chastened by semifinal outings on Wednesday that can be best described as ordinary, all five crews racing for gold tomorrow have regrouped and channelled their mental energies into peak performance tomorrow.

Illness was Drysdale's explanation but the others confessed to being mentally off their game.

"It was a bit of a shock that race," Bridgewater said of his semi.

"I hate to say it, but the other crews probably came out a little more barred up than us and just took it to us.

"As much as you tell yourself the semifinal's going to be a bloody tough race, ultimately our final performance is the one that we really want to nail.

"On Saturday it will be a clean sheet, we'll all be on the same starting blocks."

The two other New Zealand crews racing tomorrow qualified earlier in the week -- Juliette Haigh and Nicky Coles from a women's pair repechage on Tuesday and Caroline and Georgina Evers-Swindell from a double sculls heat last Saturday, giving them a week to plan for their Chinese arch rivals.

The twins and their coach Dick Tonks have declined interviews but surely won't stray far from the tactics that carried them to Olympic gold at Athens four years ago. That final also followed a week of no racing.

He believed the mental game is what sets an Olympics apart from the annual world championships, where New Zealand have been a dominant force in all three stagings since Athens.

"It's a small but significant difference. A lot of it comes down to the mind, handling the pressure," Matheson said.

"At a world championships you can get through your first one or two rounds reasonably comfortably.

"It makes it more exciting here doesn't it?" Coles had a simple philosophy for whiling away the hours since Tuesday.

"Just try to keep your head level. Watch tele, do the laundry, try and stay off your legs," she said.

"Try not to feel too sick."

Unfortunately Drysdale didn't adhere to that philosophy although his health has improved since a dramatic semifinal when he scraped into third place, having felt "like someone put a fridge in my boat" over the final 400m.

He took heart that he had felt rotten early on at the last world championships and lifted when it counted.

"It's not really the perfect preparation but ... it's something I've dealt with in the past," he said.

"It didn't throw me too much but obviously at the Olympics you want everything to run smoothly.

"What can you do about it? It's just a matter of getting through it, moving on and focusing on that final.

"That's the main thing. I'm there and I've got a chance." Waddell is a past master of analysing races and will be quick to find why he and Cohen lacked the finish spurt that was so potent in twin World Cup wins this year.

"We probably didn't have the punch in the last part of the race that we'd like to have," he said.

"It's a case now of taking a deep breath but we're pleased to be in the final. It's the Olympics.

"Everyone comes with the same expectation." 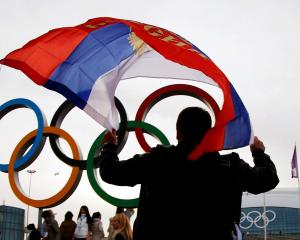