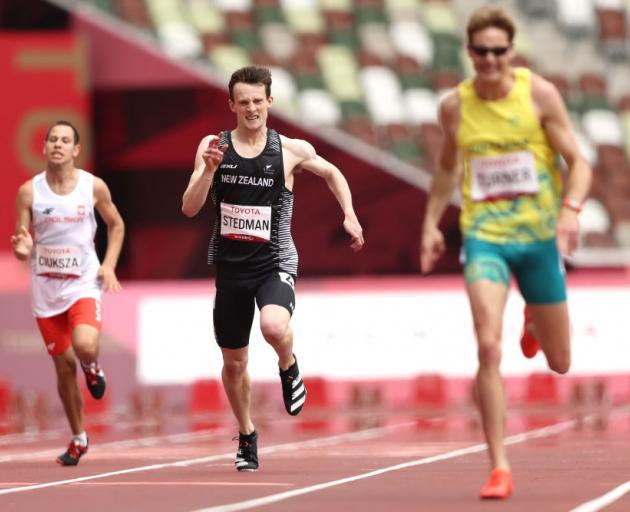 William Stedman raced to a bronze in the men's 400m T36 final at Olympic Stadium this afternoon. Photo: Getty Images
New Zealand's William Stedman has won his second medal of the Tokyo Paralympics, adding a 400 metre bronze to the long jump silver he won last night.

The Christchurch athlete was competing in the T36 400m final this afternoon (NZ time).

No one came close to James Turner, of Australia, who took out gold and finished with a new Paralympic record of 52.80sec.

ROC's Evgenii Shvetsov claimed silver after starting the strongest out of the field.

Stedman managed to overtake Argentina's Alexis Sebastian Chavez to claim bronze in a time of 54.75sec.

Last night, Stedman came out of nowhere to claim silver in the men's T36 long jump.

Sitting in fifth place, well outside the distance required for a medal and with one jump left to go in the final, he pulled a season's best jump of 5.64m to surge into second place on the rankings and claim his third Paralympic medal.

Stedman was a former student at Middleton Grange School and studied engineering at Canterbury University.

After winning two bronze medals as a 16-year-old in Rio de Janiero in 2016, he was marked as a rising star of the Kiwi camp.

However, those two medals came in the 200m and 400m running events and long jump was his weakest finish, a jump of 5.35m leaving him in fifth place. 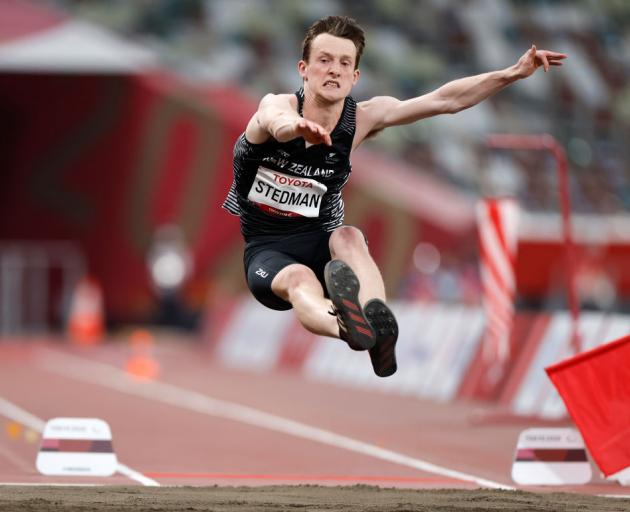 William Stedman of Team New Zealand competes in the men's Long Jump - T36 on day 6 of the Tokyo 2020 Paralympic Games at Olympic Stadium. Photo: Getty Images
Last night Stedman showed just how far he has progressed in the jumping discipline and showed extreme composure to produce a medal-winning final jump.

It was an inauspicious beginning to the evening for Stedman as he failed to find his rhythm in the Olympic Stadium.

A no-jump, followed by three middling attempts around the 5.45m range, left Stedman in fifth place and not appearing to be a threat to the leaders.

With two jumps to go, Stedman needed to pull something big out his hat to put some pressure on the front-runners. However, his fifth jump produced another red flag and it all came down to his sixth and final jump of the event.

As Stedman emerged from the sand following his sixth jump, he looked to his coach in the stand and shrugged his shoulders. He wasn't confident he had done enough.

Seconds later, however, shock and joy came to the face of the 21-year-old as he realised he had put himself into the silver medal position with just three jumpers left to challenge him in the field.

One, then two jumpers failed to best Stedman, before Ukrainian Roman Pavlyk came just 1cm short of the Kiwi's mark and history was sealed.

"I'm a bit overwhelmed that was a massive roller coaster of a competition and I still don't think it has quite sunk in yet," Stedman said.

"From those last three rounds it was a real mental battle and I just gave that last jump everything. I actually thought it was a bad jump and thought that was it and then I saw the 5.64 come up on the screen. I'm feeling really elated and I just don't think it has sunk in yet."

He continued: "I've had a stress fracture for the last few months and we have had to modify training a little bit so I'm stoked to come out and get this.