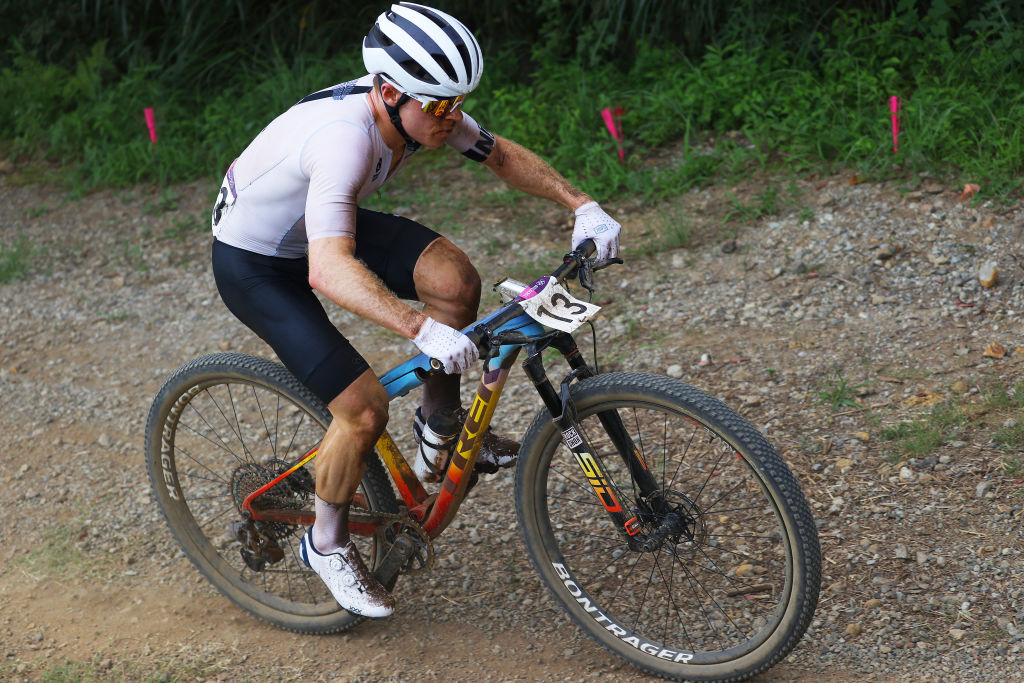 Denied a chance to attend the 2012 Games due to being too young, and unable to race in 2016 due to chronic fatigue, the 26-year-old put in a superb showing once finally able to race on the biggest stage, but it was only good enough for sixth – 12 seconds shy of the medals in a race that lasted 85 intense minutes.

However, given he was ranked just outside the top 10 favourites coming into the event, Cooper was thrilled with his performance.

"I'm stoked overall, I came in an outsider for a medal, but anything was a possibility and I went out with that mentality. I emptied the tank and have to be happy with that.

"It's a tough sport - 90 minutes out there in heat and dust, it was one of the deepest fields around. I gave it everything, completely empty at finish line."

6th at the Olympic Games. Proud of my performance and the effort I gave. What a brutal sport! A huge thanks to my support team here on the ground in Tokyo and everyone else in my corner #justgettingstarted @Tokyo2020 @TheNZTeam #EarnTheFern 📸 @swpix_cycling pic.twitter.com/Jga9y75jZg

During his full-hearted quest, Cooper had looked set to upstage plenty of bigger names and he was continually in the medal hunt through all seven laps of the demanding Tokyo course.

Positioned well, Cooper was in the leading group early on, a group that became less fearsome when pre-race favourite and all-round cycling superstar Mathieu van der Poel crashed on the opening lap and was eventually forced to abandon.

The Kiwi slowly started to pick off the riders one by one, and moved firmly into medal contention when a small group established itself.

The pair established a handy advantage, and soon Cooper was racing for bronze in a small group of riders that contained three-time Olympic medallist and eight-time world champion Nino Schurter.

The group fluctuated in size, and Schurter and Cooper may be left to regret the slow tempo they took on the flat section at the end of each lap, often looking around to see if others would hit the front, and allowing riders they had distanced to catch up.

One of them was Czech Ondrej Cink, who flew by only to suffer a flat tyre and have to abandon on the penultimate lap, but another rider allowed back into the mix eventually made the front-runners pay, with Spain's David Valero Serrano attacking on the final lap.

Ahead, Pidcock went on to take a superb gold, 20 seconds ahead of Flueckiger, as a four-man battle for bronze took place.

Unfortunately for Cooper, that battle was won by the man who was given a lifeline, with Valero Serrano riding away at the end of the final lap to cross eight seconds ahead of Schurter, with Cooper four seconds further back, beaten in a sprint for fifth by France's Viktor Koretzky.

But instead of looking at his finish as a missed opportunity, Cooper was rightly proud of his world-class showing.

"If you asked me as a kid, just to make the Olympics would be pretty special. It's a dream come true. I'm 26 years old, when I look forward to Paris I should be at the peak of my powers then.

"For Kiwis back home to watch on TV with a fern near the front of race, that gives me a lot of energy and a big boost.

"I'm proud to be a Kiwi and proud of the job I've done here."