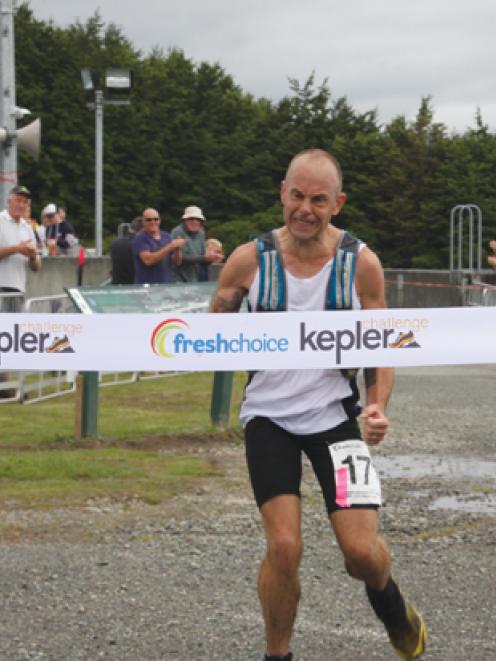 Dwight Grieve
Athletics and football have featured in the second night of the Southland sports awards.

The awards are being presented this week and, like their Otago equivalents, are being held on the virtual stage.

Sport Southland hosts the awards on behalf of the Southland Sports Trust.

The athletics community in Southland had a top night, winning two awards.

Te Anau policeman Dwight Grieve won the Masters Achievement of the year, and Phil Hartley was named administrator of the year.

A year on from representing New Zealand as an open runner at the world mountain running championships, Grieve continues to impress.

He was an age grade champion, sixth overall and the first masters runner home in the Kepler Challenge.

Grieve took up running as a way to make life changes and to lose weight.

He paid tribute to the Te Anau community, his coach Shaun Cantwell and his family.

Hartley is a valued board member of Athletics Southland and chairman of its track and field committee and is usually found helping out at Surrey Park during the track season in the summer.

He was the project manager of the Surrey Park track resurfacing, where he made a big impact. He said the project could not have been done without the funders and it was great to get the job done.

Walker became involved in football administration in 1998, taking the chair of the the Southland Football Association men's committee the following year.

Walker played a big part in the construction of the all weather playing facility at Turnbull Thomson Park.

Walker said like most people involved in sport it came from being a parent and wanting to help.