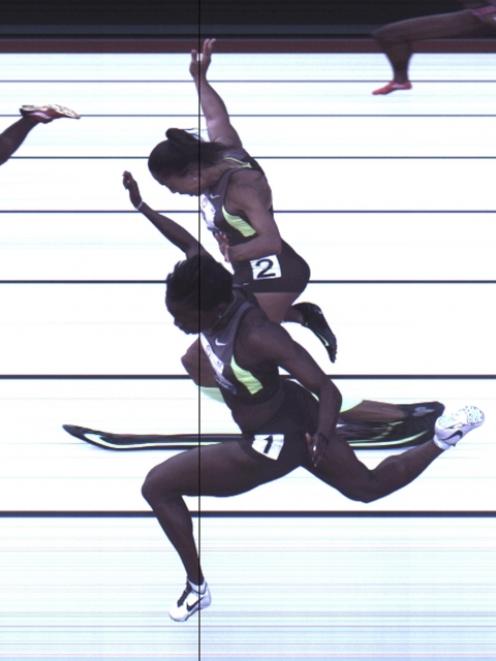 Felix and Tarmoh finished in a dead heat for third in the weekend's 100m final at the US Olympic trials, both given the time of 11.068 seconds, and officials spent most of the next 24 hours developing a procedure for breaking the deadlock.

Each nation can be represented by a maximum of three athletes per event at the Games.

US officials said the final place, who would join world champion Carmelita Jeter and Tianna Madison for the 100 in London, would be determined by the time the trials end on July 1.

"We will select our team before we leave here," USA Track and Field (USATF) spokeswoman Jill Geer said.

Under the procedure, if neither athlete declines a position on the team, they can choose either a run-off or coin flip.

Bob Kersee, who coaches both athletes, told Reuters he considered the procedure, which was developed by USATF and US Olympic Committee officials, to be fair.

"But if there is a run-off, the health of the athlete must be protected," Kersee said.

Both Felix and Tarmoh will compete in the 200 trials on Thursday (local time) and the finals for that event are on Saturday.

If they fail to agree on which option to employ, the final place will be decided by a race between the two.

Should they refuse to declare a preference the toss of a coin would determine the outcome with Felix, as the highest ranking athlete, making the call.

The procedure, a two-page document, even specified details of the coin, which must be a quarter dollar with the image of first US President George Washington on one side and an eagle on the reverse.