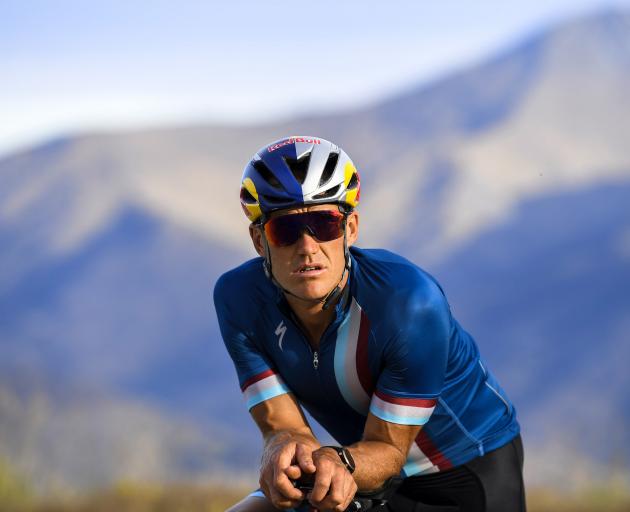 Braden Currie. PHOTO: SEAN BEALE
Wanaka triathlete Braden Currie will line up at the Taupo Ironman today, determined to get back into the winner’s circle.

The 34-year-old won in Taupo in 2017 and has finished third at the past two races.

But he is keen to get back to breaking the tape on the finish line after some frustrating near misses in recent months.

“Ironman New Zealand’s always been a very special race to me. I have probably thought in the past few years about not competing at it because it’s a really long year of racing, but it’s a race that I’ve probably never been able to say no to,” Currie said.

"I won this race on my Ironman debut and I haven’t been able to pull off a good race since at Ironman. It would mean a lot to me to go back there and put down what I see has been a really solid race and having a great performance.”

Currie had finished runner-up behind Kyle Smith, of Taupo in his past three big events — the Suffer event in Rotorua, the Tauranga Half Ironman and the Challenge Wanaka half in Wanaka last month.

Smith is entered in the Ironman tomorrow so it could be another close race with Currie keen to get one over the younger man.

“I can’t wait to race in front of my home crowd, I’m a Taupo boy through and through,” said Smith.

“I’ve debuted all of my triathlons in Taupo, my first ever introduction to triathlon, my first sprint distance, all of my distances have been there. Hopefully I can get everyone pretty amped out on the course and inspire the next group of the local triathletes,’’ Smith said.

The Ironman, originally set to be raced on March 6, was postponed three weeks because of a change in Covid-19 alert levels.