Currie in top shape and full of belief 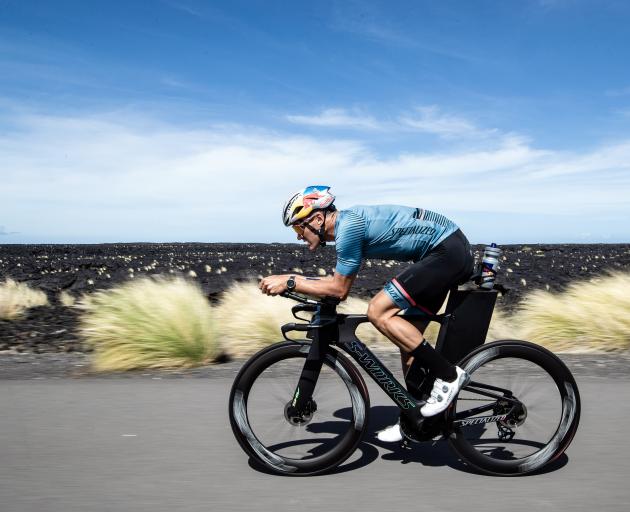 Wanaka ironman athlete Braden Currie training in Kona, in Hawaii, this week. PHOTO: KORUPT VISION
The lead-in has been smooth and Braden Currie is in the best shape of his career.

It will be his third time contesting the race and, having finished fifth last year, he is full of belief he can win this time.

After qualifying when he retained his Asia-Pacific title in Cairns in June, he has taken on a lighter racing load since.

It is all with the goal of being ready to go tomorrow and he felt he was ready.

"I love racing the world's best," he said.

"I'm in as good a shape as I've ever been physically and mentally.

"I now understand the brutality of the Kona environment, after a few hard lessons in years gone by and I've come to enjoy the race for its challenges. Just don't let me die out there."

He has based himself in Noosa, Australia, throughout the build-up.

That has made for a quality training block and he is feeling in great condition.

He has also travelled to Kona later than last year.

Training in Kona had been difficult, so he had found it beneficial staying in his own environment for longer, he said.

Nutrition and hydration had been a major focus this time.

"[Last year] I know there's things I did wrong.

"I ended up on a drip straight after the race to pump nearly four litres of water into me and bring me back.

"There were nutrition and hydration mistakes and that's what bit me at the end of the day.

"I've made changes already and I will be really conscious of how I manage hydration this year."

Placing well will be as tough as it has ever been at the event.

The field has been dubbed the deepest ever to race in Kona.

German Patrick Lange, who has won the past two world championships, is lining up to try to complete the hat-trick.

He will be joined by countryman Jan Frodeno, who won the event in 2015 and 2016 but did not compete last year because of injury.

The wildcard in the pack is Rio Olympics triathlon gold medallist Alistair Brownlee.

It is his debut at Kona and going to a significantly longer distance may be a tough ask for Brownlee.

The Yorkshireman has plenty of talent, although it is rare for a first timer to win the race.

He will not have to make any big moves, provided he does not make any bad ones.

The race begins at 5.25am tomorrow.