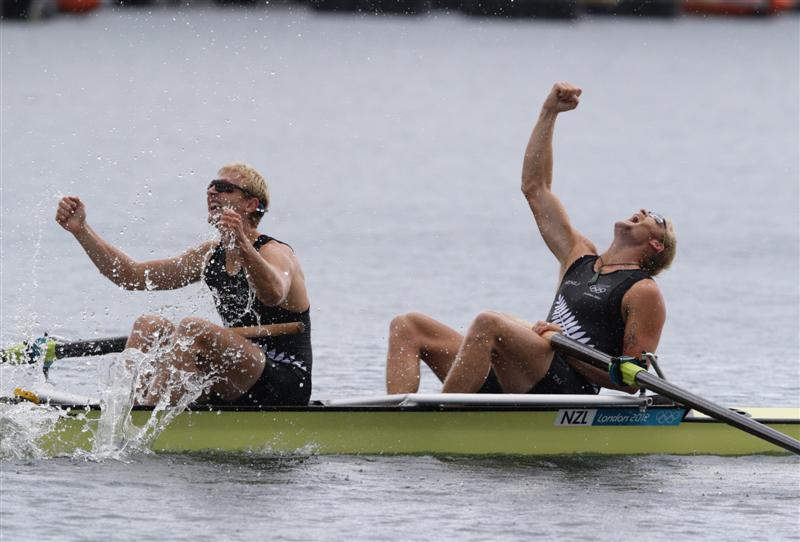 The rowing pair of Bond and Murray won the supreme honours for their triumphs in the decade, including winning back-to-back gold medals at the Olympics in 2012 (London) and 2016 (Rio de Janeiro).

They were unbeaten for seven years and 69 races.

Bond and Murray have eight world championships to their names and were named the team of the decade earlier in the ceremony.

The awards were converted to the decade after the 2020 year had been hard hit by the Covid-19 pandemic.

Sophie Pascoe was named Para athlete of the decade.

The swimmer won the Para athlete of the year award six times and is a multiple world champion and become New Zealand's most decorated Paralympian after claiming her 15th medal in Rio.

Lisa Carrington was named the sportswoman of the decade.

Former All Black captain Richie McCaw was named sportsman of the decade after leading the team to two Rugby World Cups in 2011 and 2015. He became the first All Black to reach 100 test caps and captained the team for 110 of his 148 test matches.

Golf talent Lydia Ko (23) won the emerging talent athlete of the decade for becoming the youngest person, at age 14, to win a professional golf tour event.

She became the youngest player and first New Zealander to win an LPGA Tour event at the Canadian Open at the age of 15.