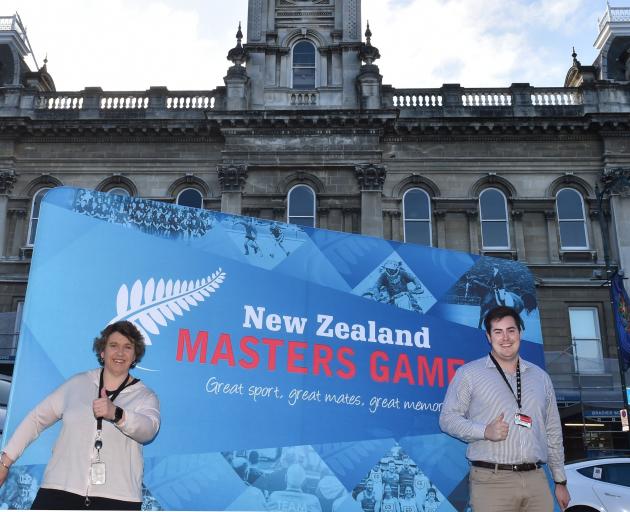 Masters Games organisers Vicki Kestila and Ben Anngow in the Octagon yesterday at the launch of the 2022 Games last year. PHOTO: GREGOR RICHARDSON
The New Zealand Masters Games in Dunedin have been cancelled.

Organisers have today announced the February 5-13 event, which had attracted 3405 entries and counting, cannot proceed under a red traffic light setting.

The annual Masters Games, which alternate between Dunedin and Whanganui, could only be held under Orange or Green, manager Vicki Kestila said.

"We’re deeply disappointed that the Games can no longer go ahead as planned, but our No 1 priority is for the safety and wellbeing of our participants, staff and volunteers,'' Kestila said.

"So much work has gone into the planning of what we had hoped would be our best Games yet and we’d like to thank all our sporting partners, sponsors, ambassadors and supporters who have helped create this special event.”

Mrs Kestila said all entry fees would be automatically refunded (less a $20 administration fee) as per the event’s cancellation policy.

This would be done as quickly as possible, but due to the number of entries, would take a little time.

"We know many of our entrants will be feeling saddened by the news. The New Zealand Masters Games is a popular event that brings friends and family together to compete and have fun.

"We’ll all miss the buzz the event brings into Dunedin with the thousands of competitors and supporters travelling into the city to take part. But unfortunately, this is the challenging reality of living with Covid-19."