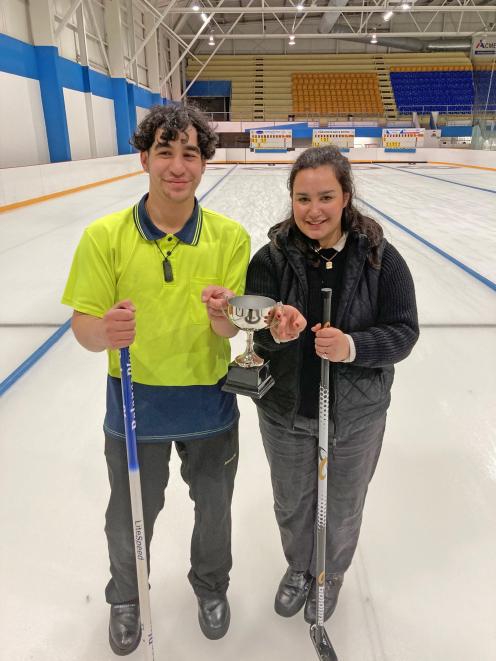 Jayden (20) and Temika (19) beat the previously unbeaten pair of Hunter Walker (Kyeburn, 20) and Ruby Kinney (Hyde, 19) 8-1 in the final, avenging their round-robin loss.

A strong start, in which they took a four-point haul on the first end, proved to be the defining moment.

From there, some tidy finishing helped the siblings pull away to a comfortable win.

It was the culmination of a 10-week competition, which was contested by 10 teams.

While it was heavily affected by Covid, the teams were able to be flexible and ensured the competition was completed.

The quality of the competition was also highlighted by the selection of two of its other curlers for the world junior championships.

Poolburn’s Darcy Nevill and Naseby’s Sam Flanagan will represent New Zealand in the men’s section of the under-21 tournament in Sweden.

They begin their campaign on Sunday, when they face Norway.

The championships originally were set to be held in March but were postponed due to Covid.